Here we are in Breckenridge. 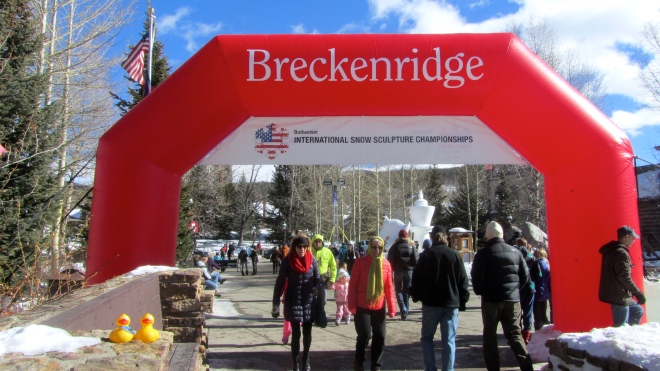 Budweiser sponsors this competition and they have a great snow sculpture featuring a Clydesdale horse and Spuds Mackenzie, the dog. 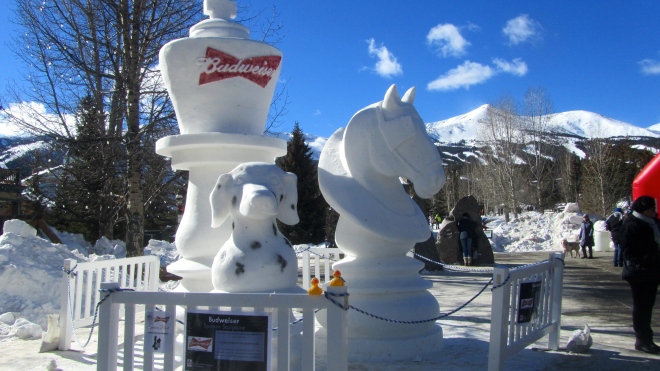 This year 16 teams from 14 countries, including the United States, were scheduled to compete.  One team withdrew due to illness.  Here are a few photos of the finished work. 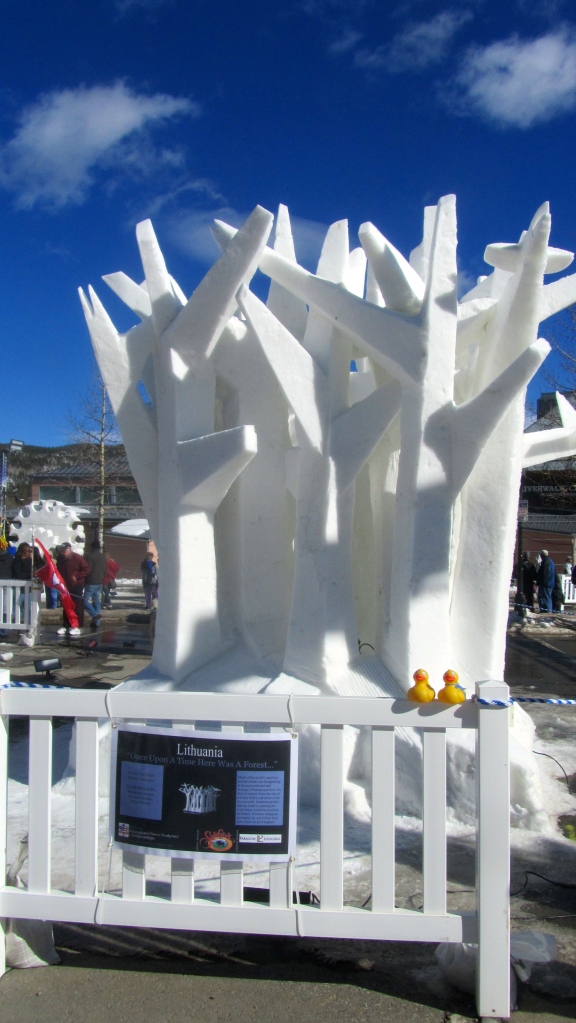 Team Lithuania. “Once upon a time here was a forest…” 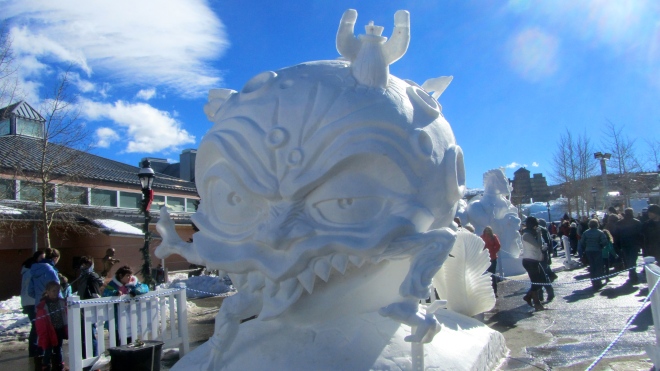 Team France. “Dark Side of the Moon” 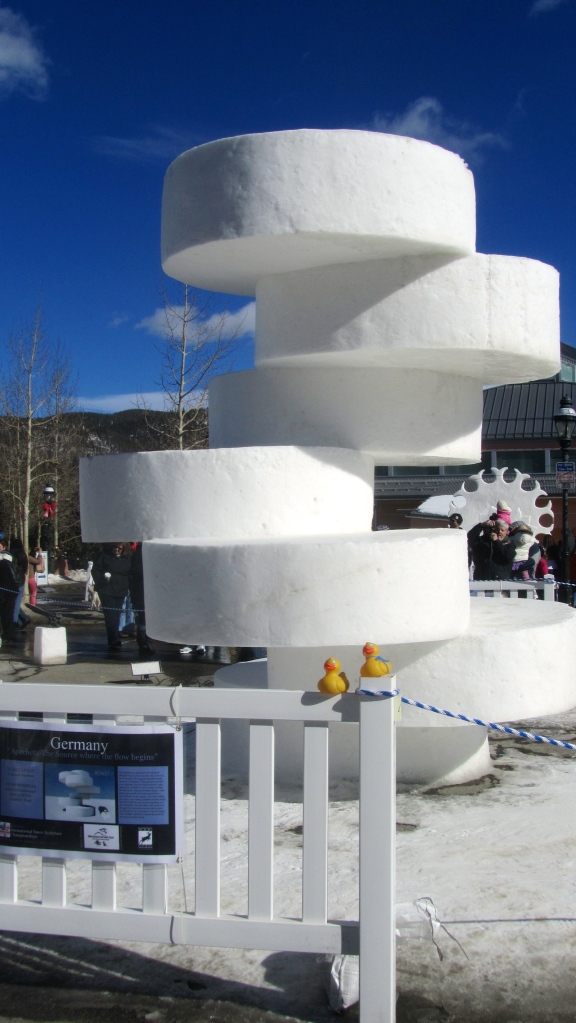 Team Germany. “Apecheta The source where the flow begins” 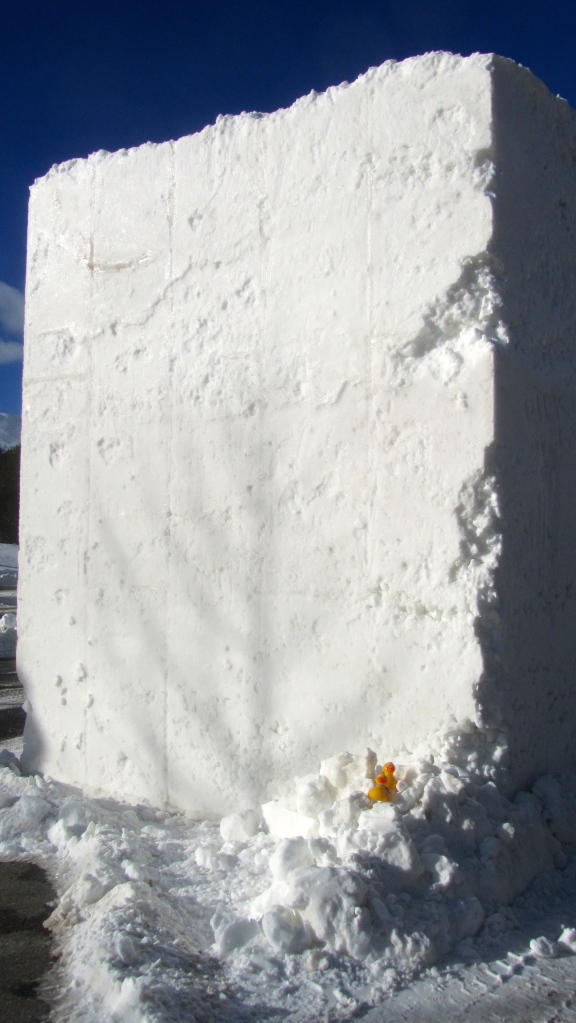 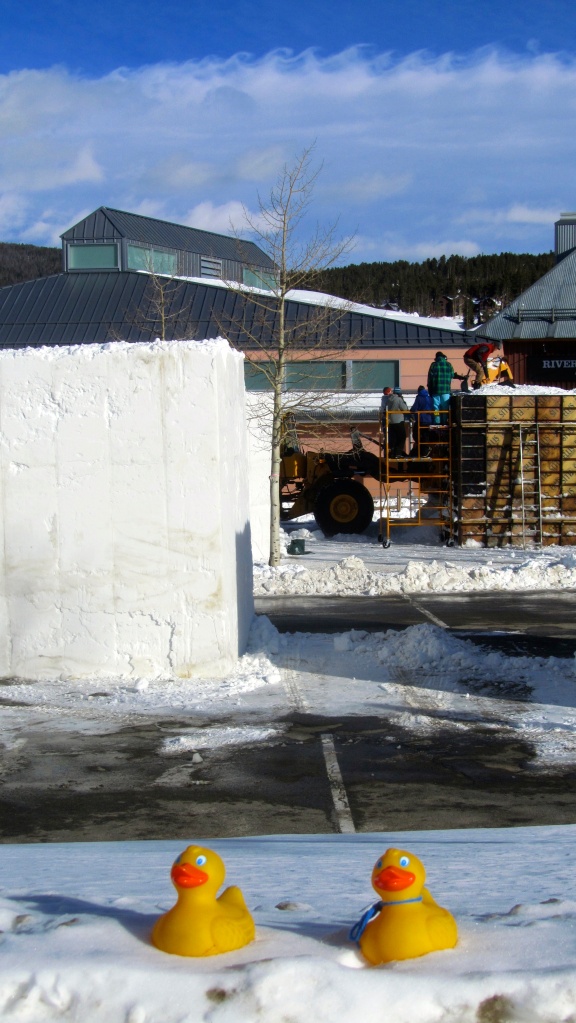 Humans stomping on snow in wooden frame to pack it hard

and placed in the sculpting position. 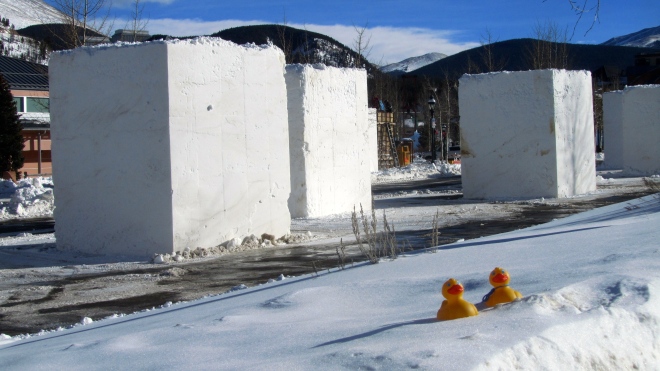 Snow blocks ready for the artists

Because this is made snow, the consistency is the same throughout the block.  That is important for the artists. 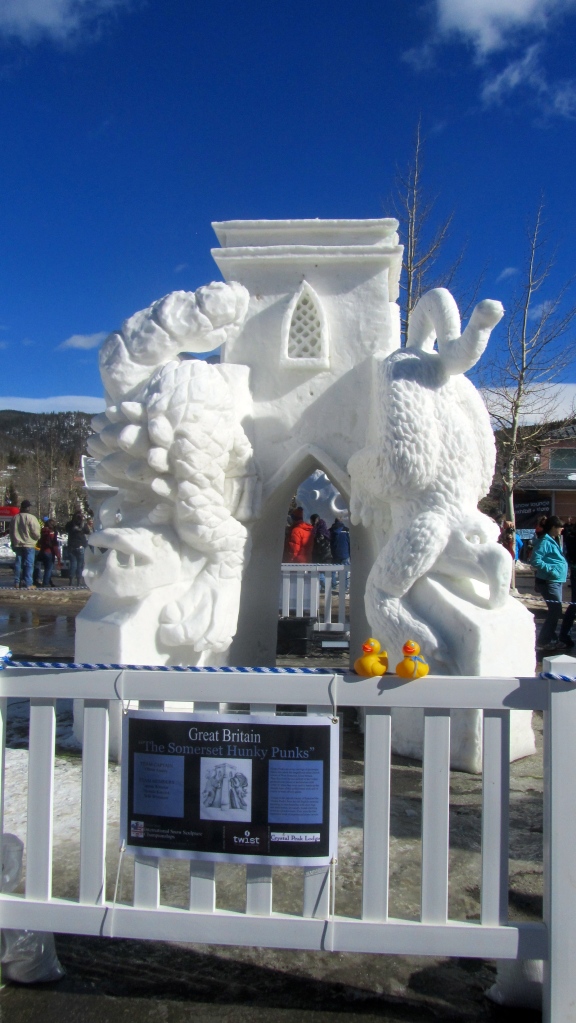 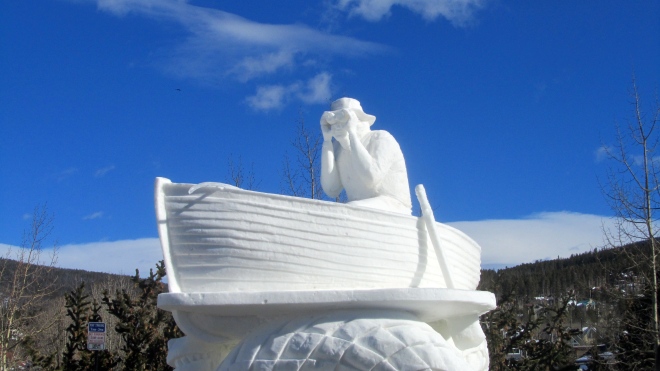 Team USA Colorado. “Must be using the wrong bait 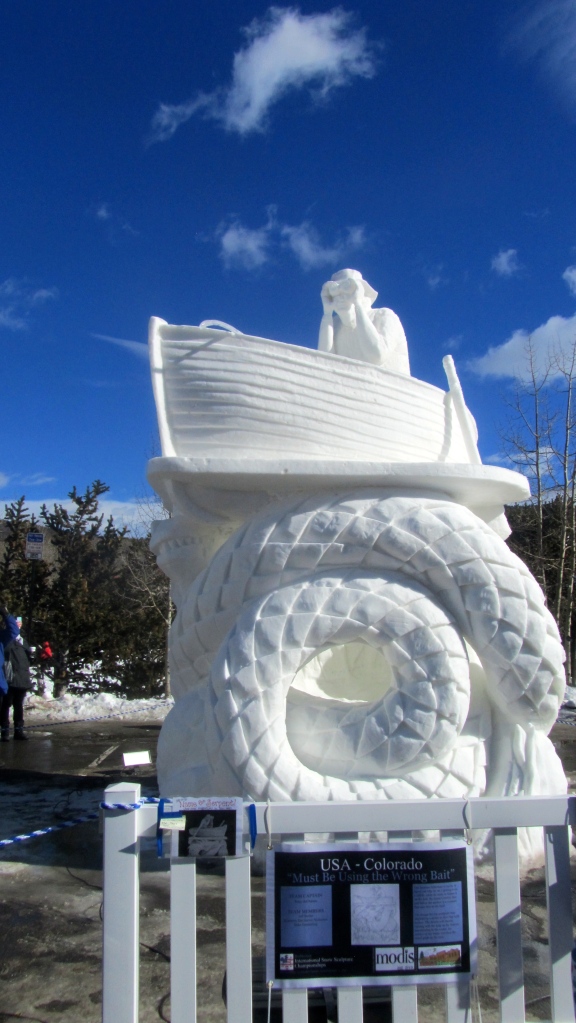 Team USA Colorado. Maybe we are the bait

The artists have only 65 hours to complete the masterpiece and no power tools are used.  Some teams use potato peelers and some used cookie cutters for finishing touches.

This is the first place entry. 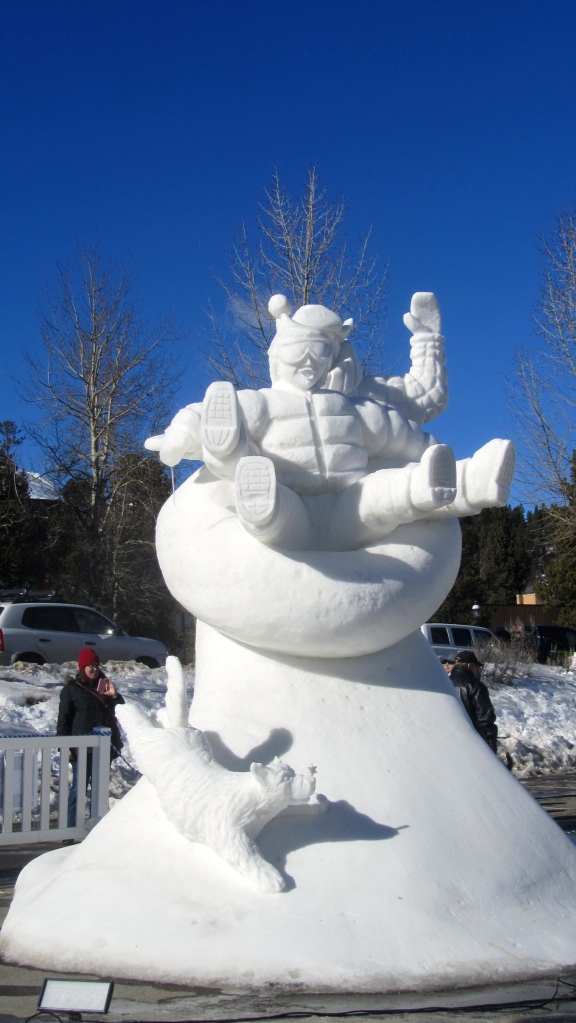 Team USA from Breckenridge, Colorado created this.  It was inspired by the simple pleasure of winter. 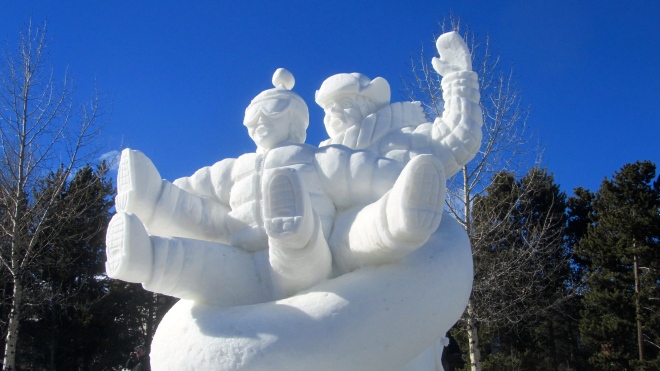 Team Breck competes internationally and is recognized as one of the best in the world.

Yesterday we enjoyed warm sunny weather in Breckenridge; so if you want to see these sculptures, go today.  They will melt soon.