Last time we saw photos of Eider, my Alaska duck cousin and my human cousin at Chatanika Lodge in Alaska.  Today we have photos of Eider at home in North Pole, Alaska.  I think there is a gas grill under there. 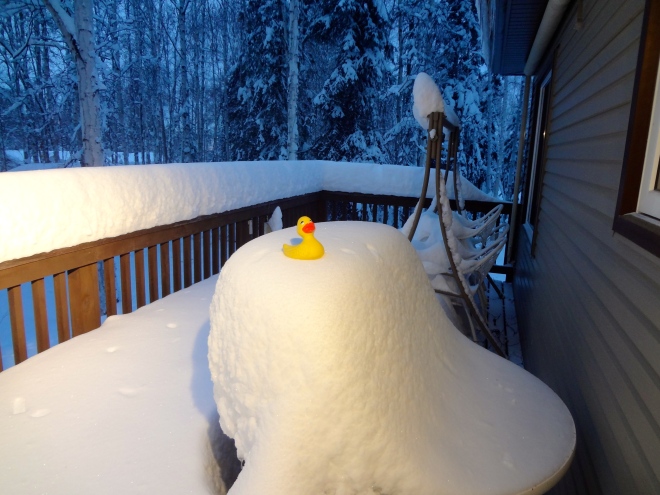 No cooking outside today

Eider, that is quite a snow hat on the tree behind you. 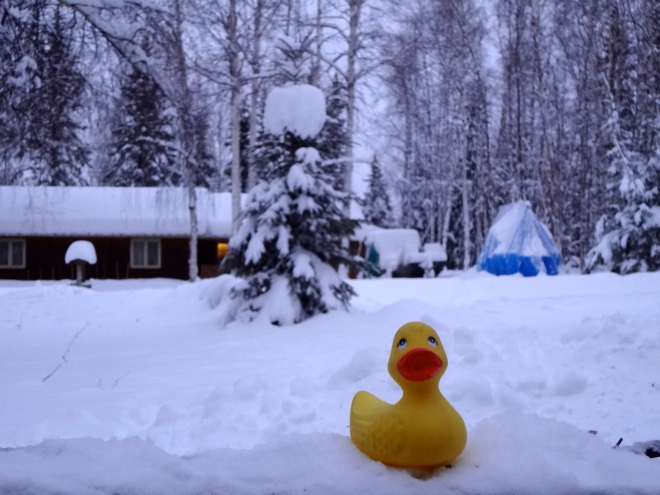 Snow hat on tree behind Eider

Eider’s dad shoveled snow so the people could deliver propane-heating oil to their house. 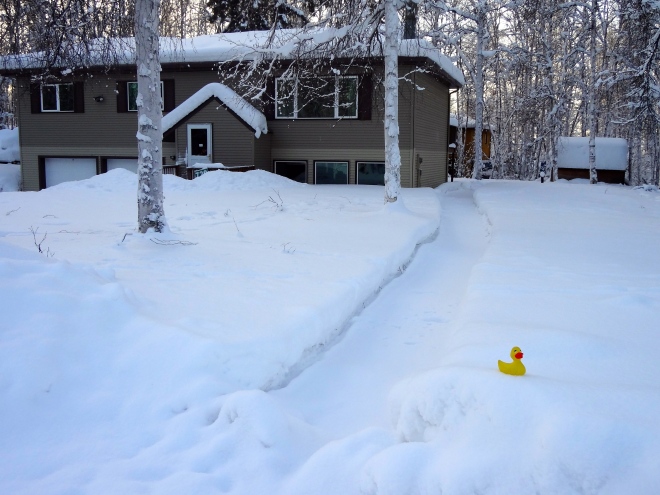 Clear a path so heating oil can be delivered

Eider is sitting on a snow bank.  Cold duck feathers!! 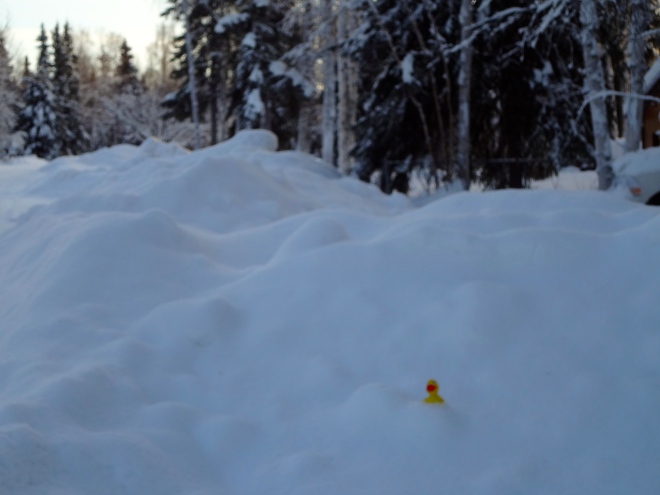 Somebody or something is looking in the window at Eider. 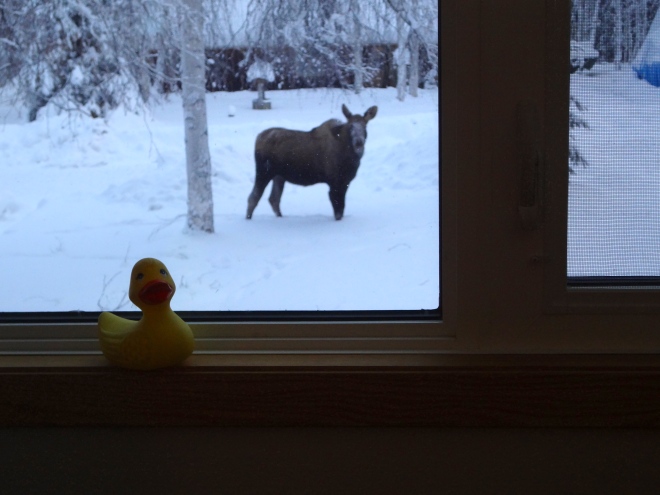 He is watching you!

Wow!  Eider has a moose in the back yard.  Now the moose is enjoying a snack in Eider’s yard. 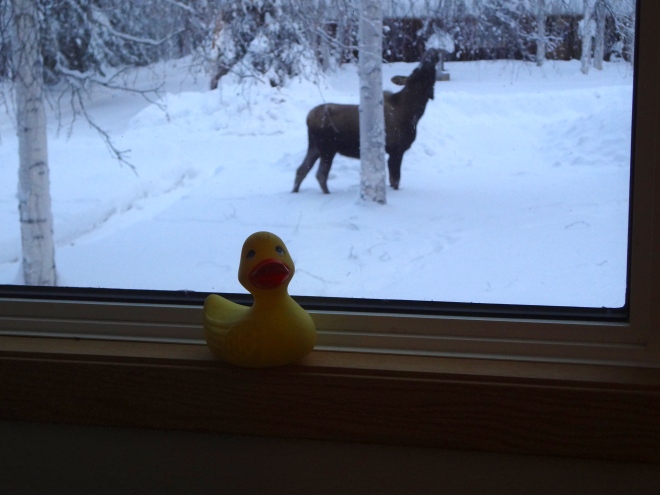 A moose has to eat

In Alaska there are many dog racing teams.  Many people have heard about the Iditarod dog sled race.   There is a second famous dog race.  Eider and dad went to the beginning of the Quest dog race.  They sent these pictures to me and I want to share them with you. 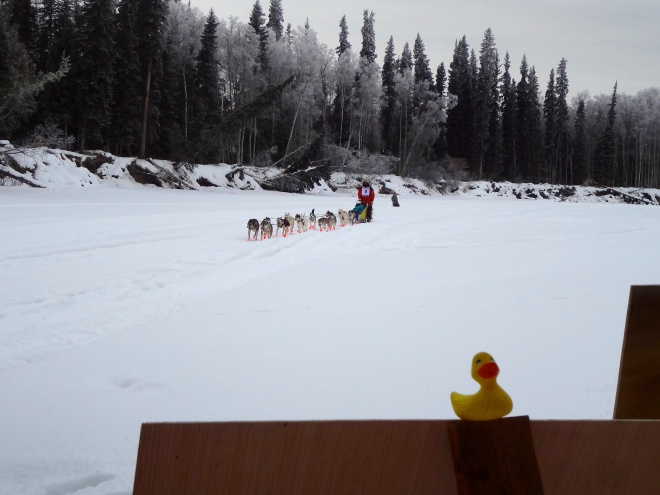 The dogs wear boots to protect their feet.  The orange boots are easy to see. 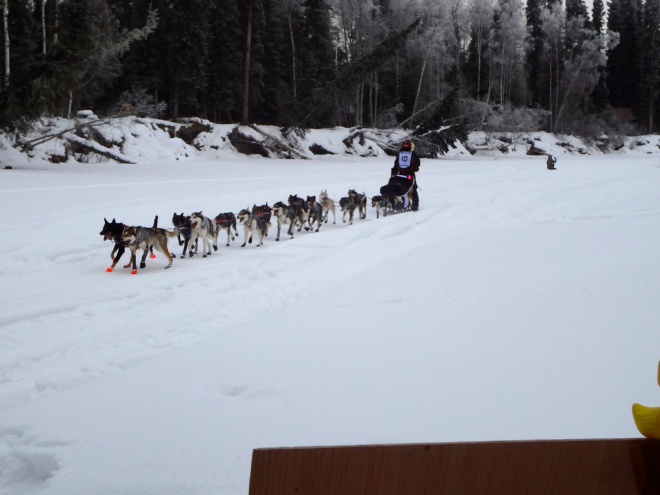 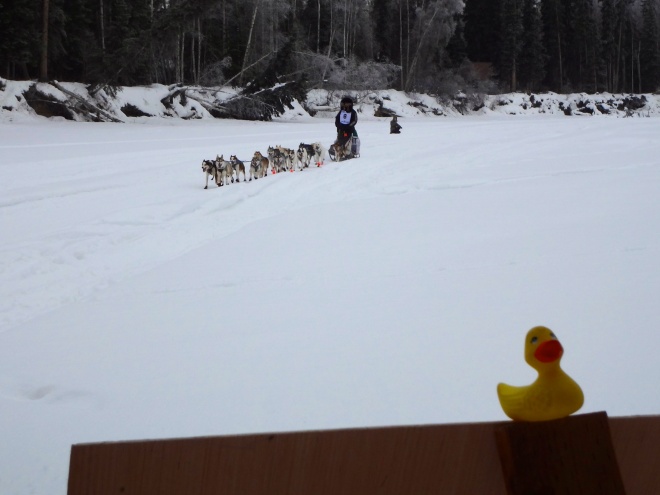 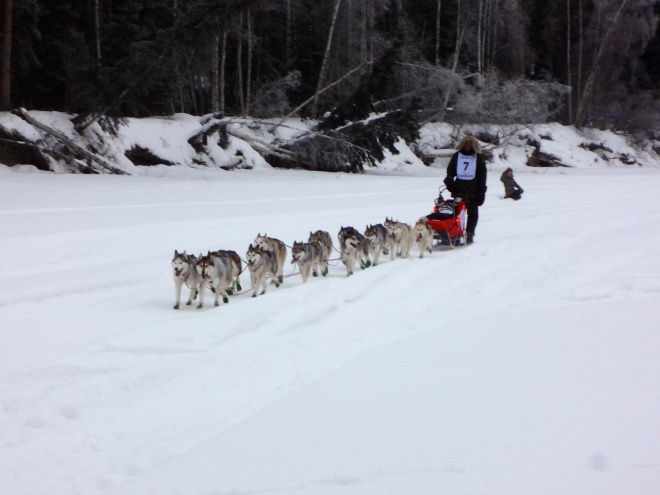 We love getting pictures from Eider.  Many of the activities in Eider’s life and in Alaska are very different from our life and interesting to us. 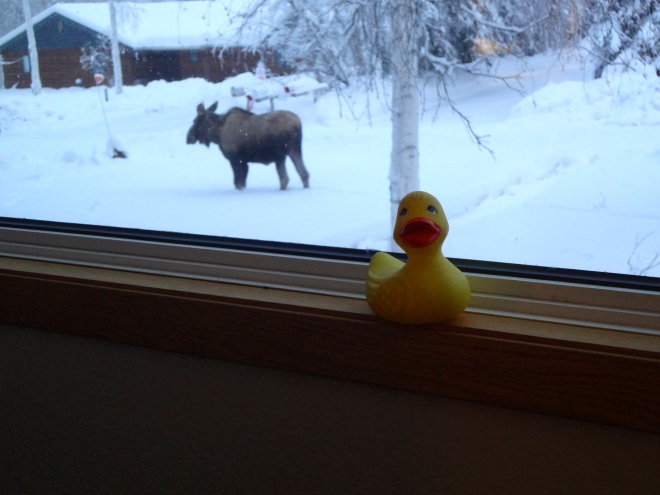 Can we have a moose?