I, Zeb the Duck and Soapy Smith Duck, visited the Mexican Cultural Center on Leetsdale Drive in Denver.   We saw ofrentas.

This weekend is Dia de los Muertos, or Day of the Dead.   People in Mexico and other parts of the world, welcome the returning spirits of deceased family members and friends.

Preparing for the spirit’s return, many people go to the cemeteries to be sure things are tidy there.   At home, the ofrenta is set up.

This is a tribute to the deceased. The ofrenta features the four elements of water, fire, wind and earth. Water is often placed in clay pitchers. Fire is represented by candles. The papel picado signifies the wind.  Earth is shown through food, usually bread called pan de muerto.

The ofrenta also has things that the deceased enjoyed during their life on earth.

Other food, other beverages, toys, cigars, tobacco, or cards are usually on the ofrenta. Sometimes photogaphs are displayed. There are bright flowers.

Ofrenta with skeleton person and flowers

The cempasuchitl, a type of marigold that is native to Mexico is the dominant flower of this celebration. This tradition has been carried on for over 2500 years.   Some sources say almost 4000 years.   This is a very important holiday for many people.

We, Zeb and Soapy, really liked seeing the ofrentas.

Celebrating Day of the Dead

The people are shown as skeletons. The people do not fear death.  It is a part of the cycle of life. 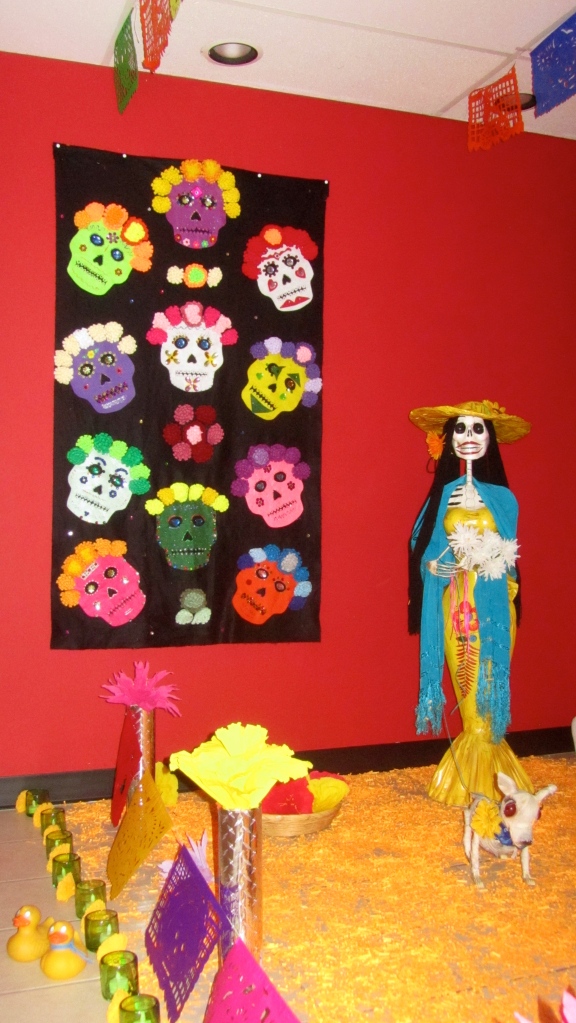 Typical decorations for this holiday include skeletons, particularly skulls.   They make sugar skulls, often with a person’s name on the skull.   This is a very festival holiday. 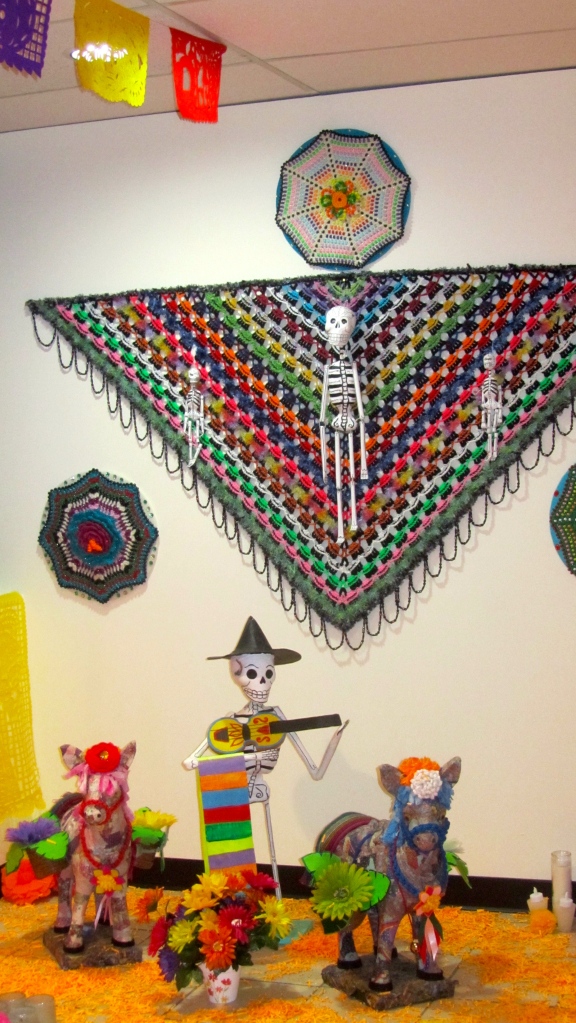 Day of the Dead is very festive time

I hope you can see some events or decorations this weekend for the Day of the Dead holiday.