I, Zeb the Duck, want you to meet my friend, Ms. Ducky. 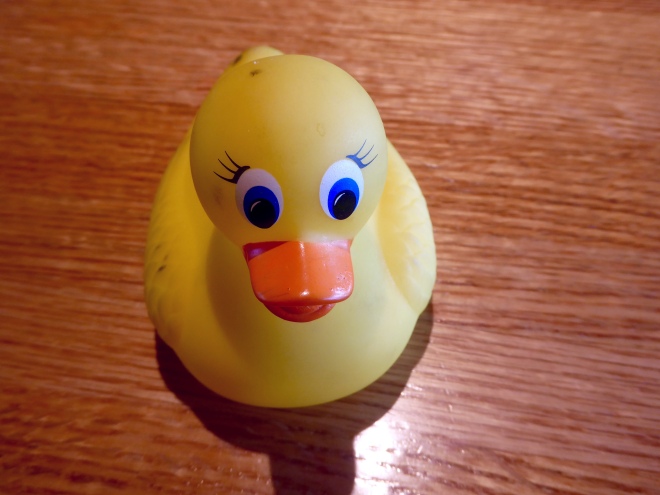 Her mom and my mom are friends, so Ms. Ducky and I, Zeb the Duck, are also friends.   Ms. Ducky and her humans flew to London, England and began sightseeing immediately. 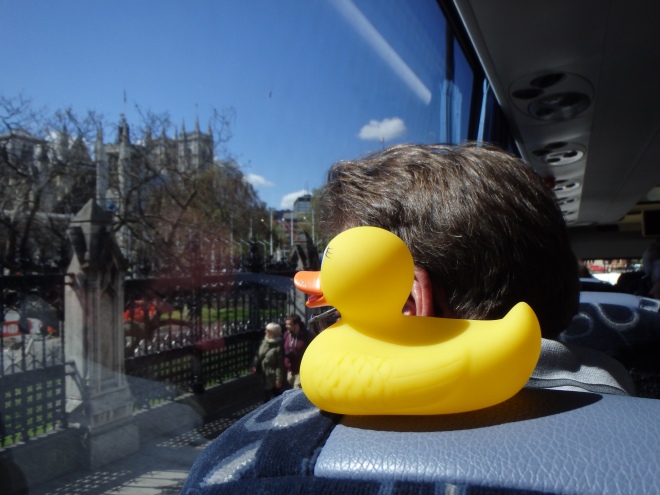 She is seeing so many new and interesting things.   She visits the American Embassy and admires this statue.   She is sitting at the feet of General Dwight D. Eisenhower. 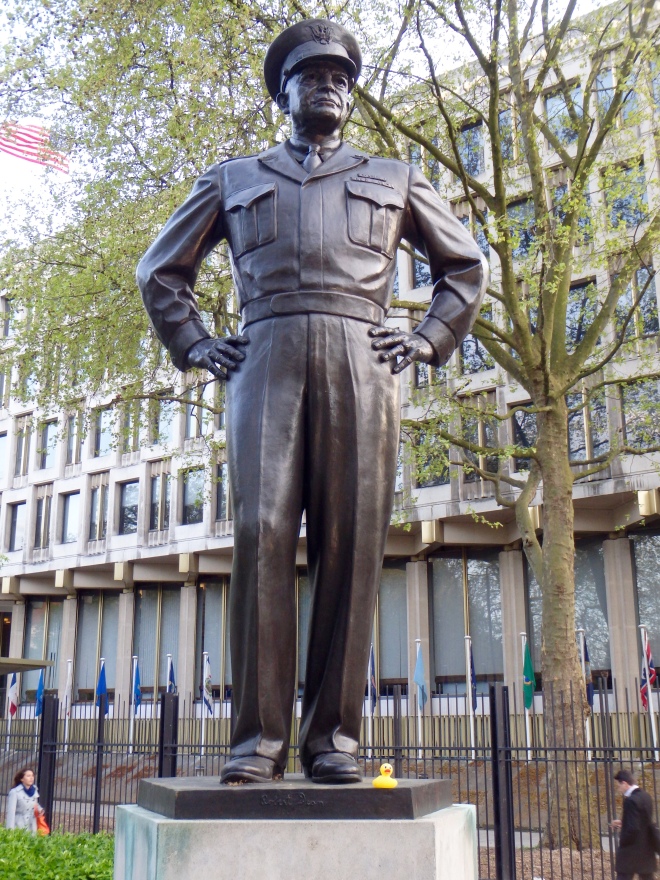 Statue of Pres. and Gen. Eisenhower in London

He was a very important American Army General during World War II, and later General Eisenhower was elected President of the United States, twice.   This is an exciting place at the London train station.  This is Platform 9  3/4.

Platform 9 3/4 for Harry Potter in London

Platform 9  3/4 is very important to Harry Potter.   While in London, Ms. Ducky and her humans visit many of the famous places.   They even saw the Royal Jewels.   Many places she loved but she told me it was difficult to get photos of places and Ms. Ducky.   So this is about Ms. Ducky, not just Europe.   Next she and her humans boarded the Eurostar Train heading for Brussels, Belgium. 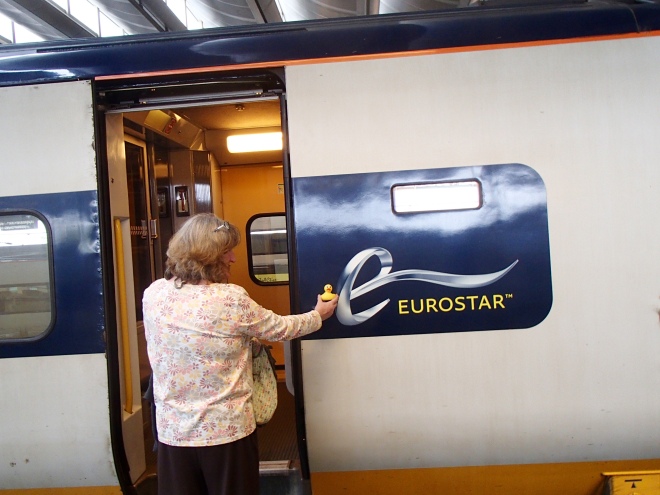 The train ride was fun, but shortly after their arrival, Ms. Ducky’s mom fell.   And she fell hard.   They they rode in the ambulance, sirens blaring and paramedics helping her mom.

It was very scary and also very exciting.   She sat on the stretcher after her mom was allowed to sit up.

This paramedic is her friend.

He helped her mom.   When they arrived at the hospital and after they said her mom could leave the hospital, Ms. Ducky relaxed for a moment on a bed in the emergency room.

They then went to Holland.   You know Holland–they are famous for tulips. 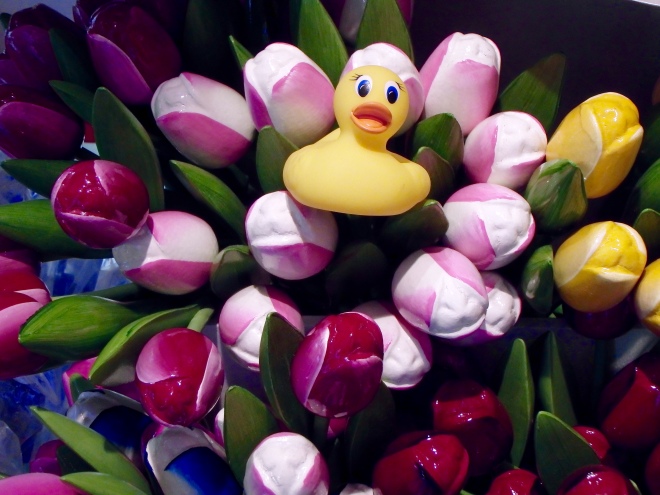 Ms. Ducky is a very friendly duck.   Here she is with new friends, enjoying the canals in the evening.

Ms. Ducky and friends. Evening on canal in Amsterdam. Be careful there!

Now Ms. Ducky and her friend from Holland are visiting Rhine Falls.

Wow!   Really beautiful.   Thanks for sharing with us, Ms. Ducky.   We look forward to more about your trip to Europe.