The sign at the entrance tells us this is not a traditional camp.

Most of the original buildings are gone, but memories linger forever.   After December 7, 1941 and the attack on Pearl Harbor, Hawaii, fear, shock, anger and disbelief were some of the emotions running rampant in the United States.    In 1942 the US Government began placing people of Japanese ancestry in Relocation Centers.   One of these Relocation Centers, named Camp Amache, was located in southeast Colorado, on the edge of Granada, Colorado.   Camp Amache opened August 27, 1942 and reached its peak population of 7,318 in February 1943.   To control the internees, barbed wire surrounded the camp and 8 machine gun towers were placed within the camp.   The guns were never used.   Within this compound, Camp Amache was a city.   The internees were often allowed to walk to the town of Granada and some even had jobs in Granada.   Entering Camp Granada today, you first see this wooden sign.

The map was drawn from memory by one of the former high school students at Camp Amache.   Most of the buildings are gone, but signs show the former location of many buildings.   This was the location of the Coop. 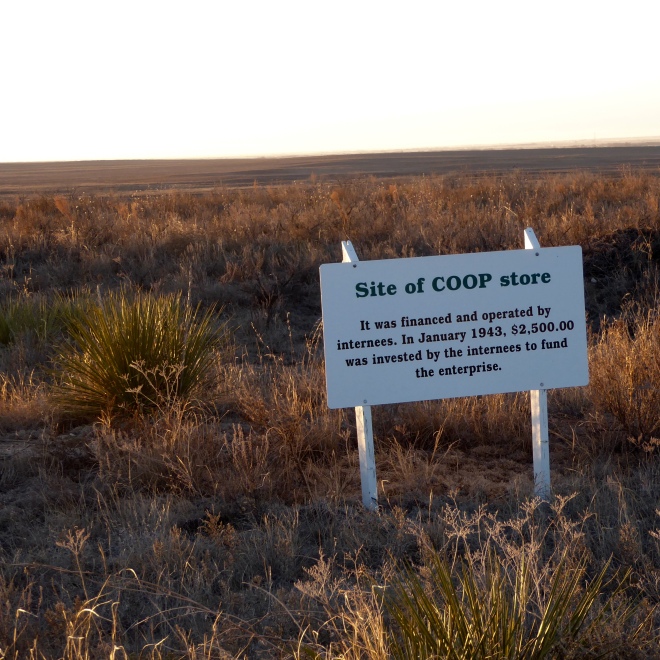 The police station was here.

Internees were hired to work for the police, fire department and other services within the camp.   They were paid, but less than other employees.   The Military Police compound was here. 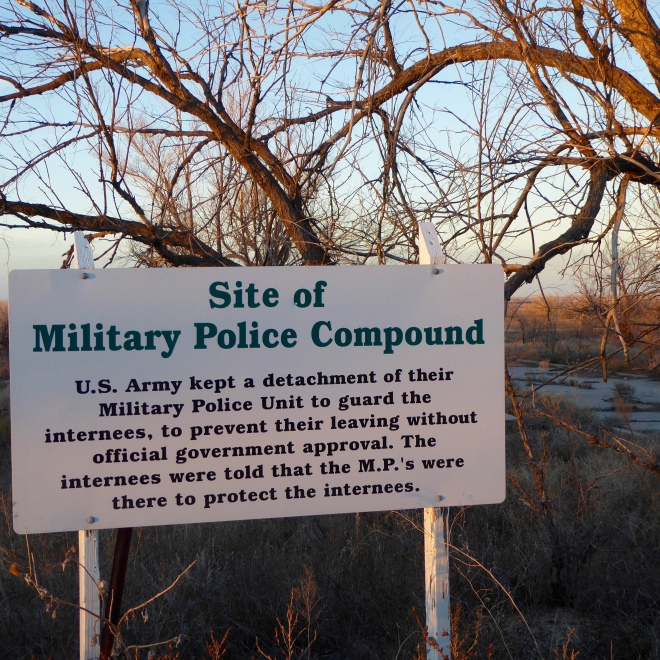 You can see still part of the cement foundation.   The guard towers had all been removed,

but now a replica of a guard tower has been rebuilt. 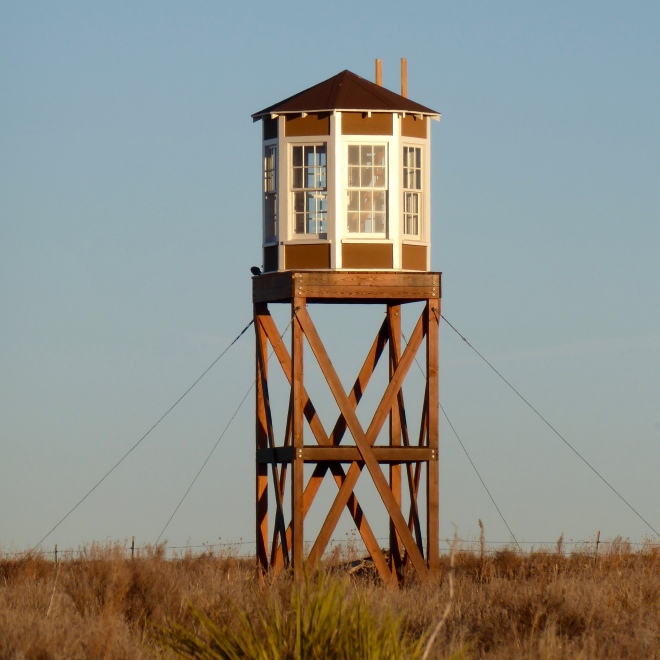 The water tank was also removed,

and now a replica has been rebuilt. 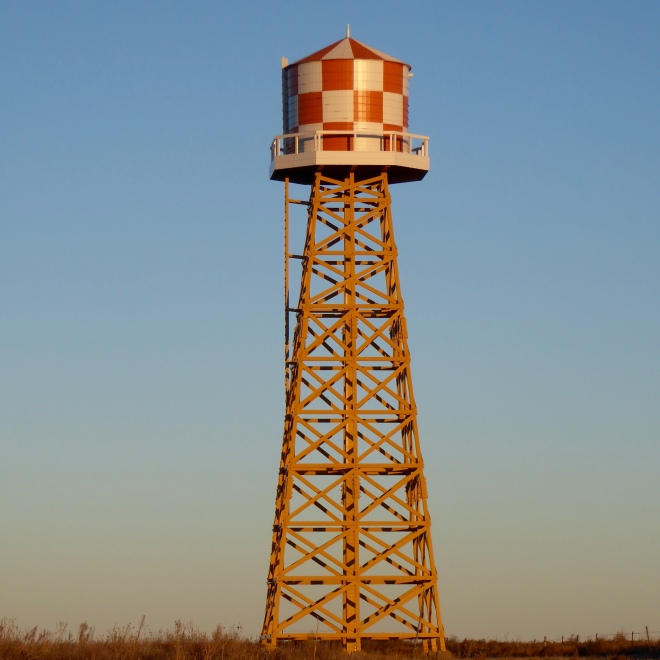 In May each year many former residents of Camp Amache return to Granada, tour the grounds and have a great lunch provided by the town.   This is a time for renewing friendships, reminiscing about the past and catching up on life since leaving Camp Amache.   This was a very difficult time in the United States and many mistakes were made.   At Camp Amache ten percent of the population volunteered to serve in the US military.   Tours are available at certain times.   When we were there, nothing was open and no tours were available.