Near our hotel, Isaac shows us the Praça de Independēncia, or Independence Plaza.   On one side is Cathedral of Nossa Senhora da Conceiçāo.  (Cathedral of Our Lady of the Immaculate Conception)

Cathedral of Our Lady of the Immaculate Conception

We enter the cathedral and I love the windows.

Each view is spectacular. 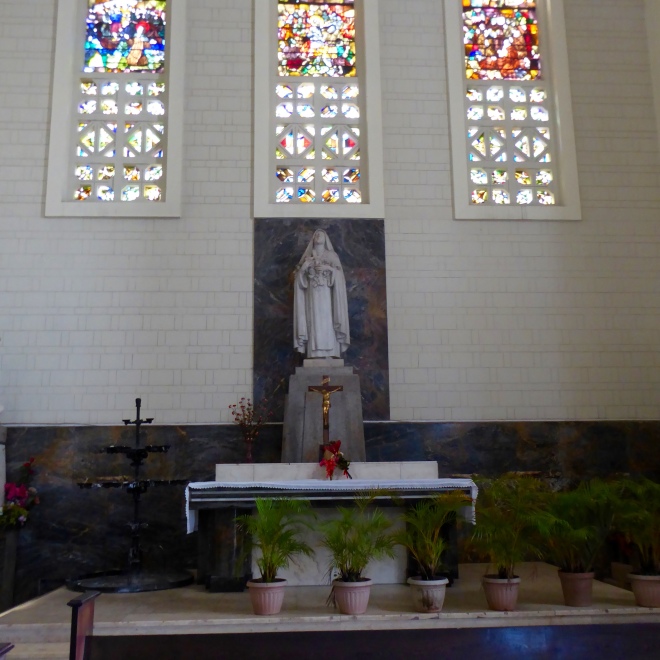 Leaving the cathedral, I, Zeb the Duck, am surprised to see cars parked on part of the sidewalk. 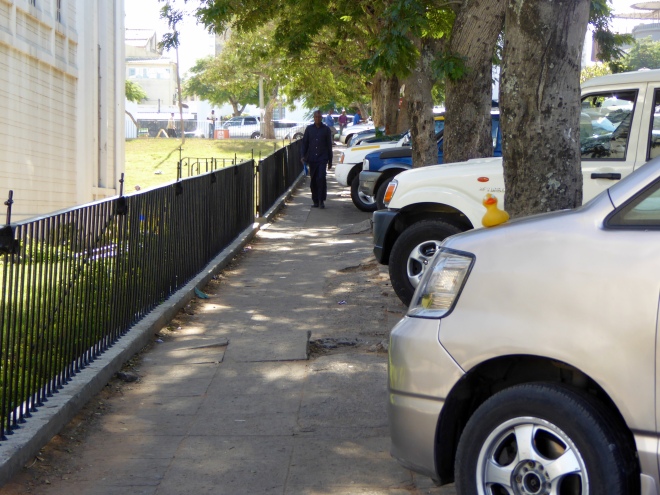 Parking on part of the sidewalk

In front of City Hall we see this statue of Marechal Samora Moises Machel, the first president of the Republic of Mozambique.

First President of the Republic of Mozambique 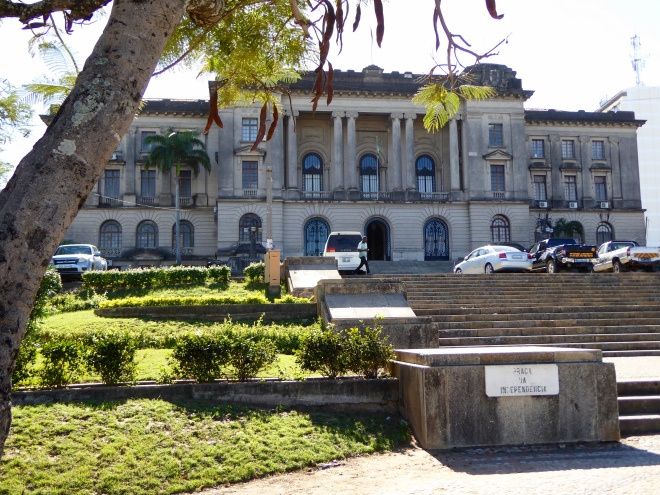 Isn’t this stone work nice on the sidewalk by City Hall? 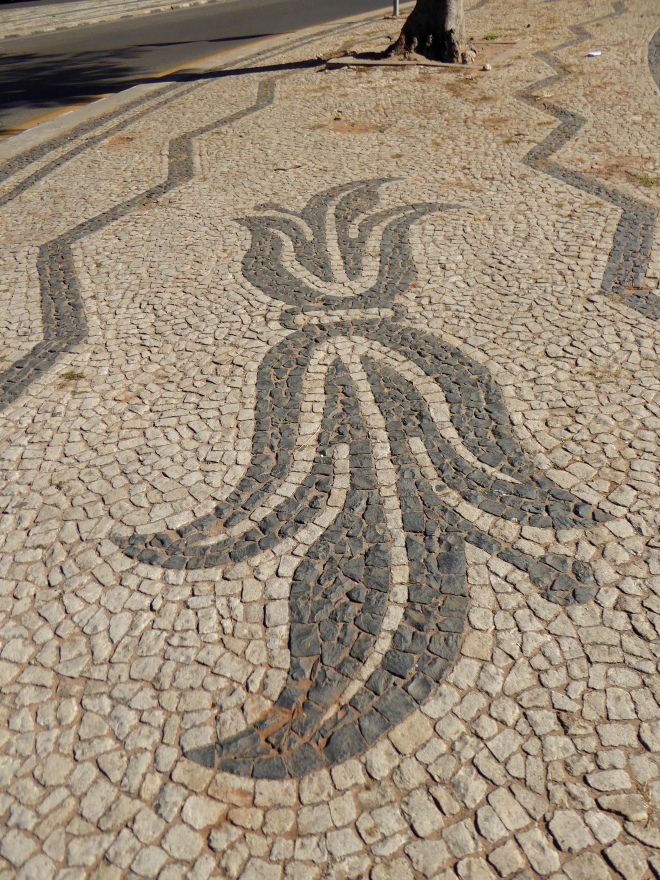 Maputo was a grand city when it was built by the Portuguese.   Inside City Hall, we admired the classic architecture.

Love stairs going up each side.  Outside we admire the view of Maputo Bay from City Hall.

Near Independence Plaza we see the Iron House. 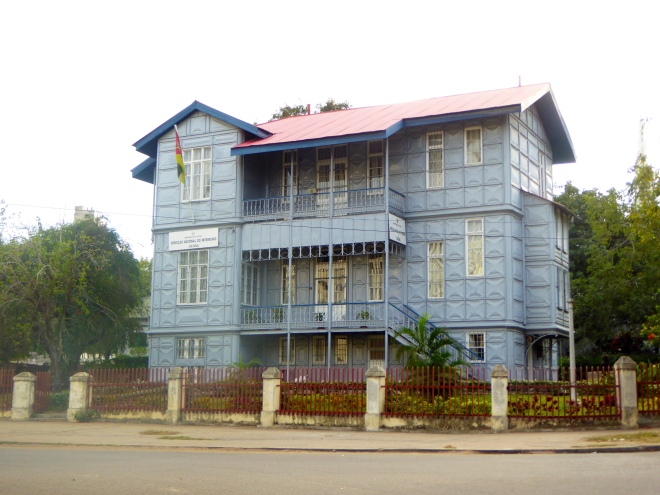 The Iron House was designed by Eiffel in the late 19th century as the governor’s residence.  The house is made entirely from iron.   However the iron house was unsuitable for the tropical conditions.   The hot building is now used by the Minister of Culture.    Nearby we appreciated the Municipal Gardens.

I, Zeb the Duck, am on this tree trunk, but it is so big you can hardly see me. 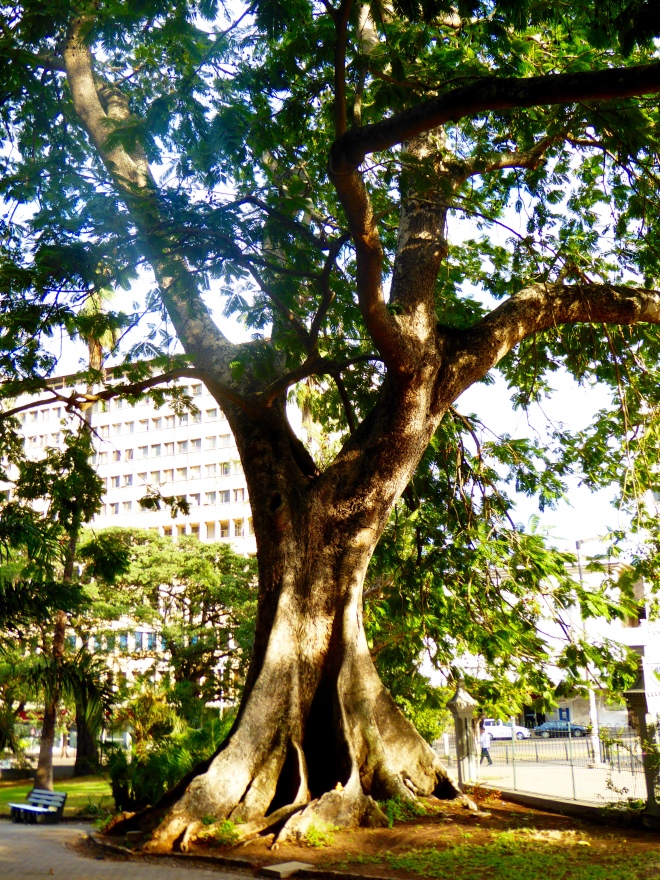 Large tree trunk.   Zeb is on the lower right of the big indented area of the trunk

The flowers are colorful and pretty here.

We liked just wandering around the streets of Maputo with Isaac.    But I, Zeb the Duck, am worried now.   I heard mom say that this was our last day with Isaac.   We will walk around on our own for a day.   Oh mom, I hope you know what you are doing.

2 thoughts on “More Maputo with Isaac for Zeb the Duck”