This cathedral was designated as a Minor Basilica by Pope Paul VI on December 9, 1964.   We entered the cathedral, but were very quiet. 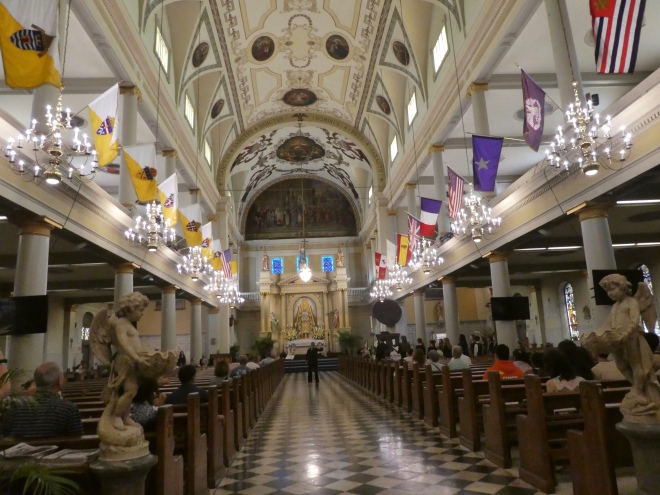 Mass was held at this time.   We stayed in the back, didn’t speak, and didn’t use flash on the camera.   Isn’t this a beautiful cathedral?   We think it is magnificent.   In front of St. Louis Cathedral is a bronze statue of Major General Andrew Jackson.

However, after the Battle of New Orleans, the plaza was renamed Jackson Square and the bronze statue was placed here.   This plaza became a National Historic Landmark in 1960 for its central role in the city’s history.   This is where, in 1803, Louisiana became a US territory, pursuant to the Louisiana Purchase.  We returned here on Saturday and enjoyed the art fair held near the cathedral.   Soapy’s mom purchased some art and it was shipped to them in Colorado.  Across the street we saw this sign. 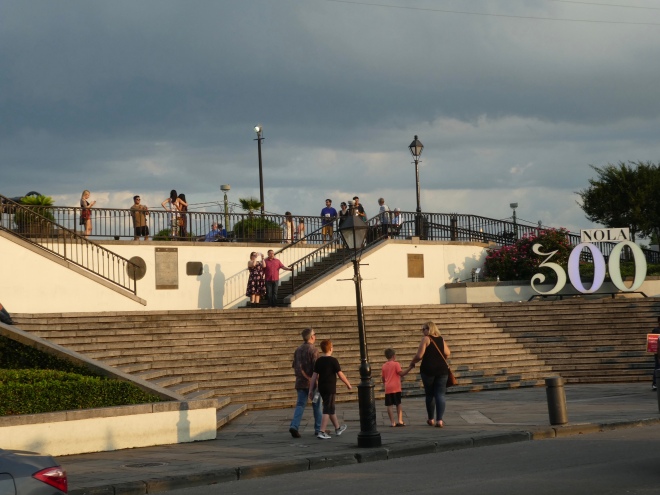 NOLA means New Orleans Louisiana.   The city is 300 years old now.   Up the stairs we saw this cannon announcing we were now in Washington Artillery Park.

Cannon with Mississippi River behind

The Mississippi River is right here.   A paddle wheel river boat is here also.   Turning the other direction, we admire St. Louis Cathedral.

Behind the cannon we see Jackson Square, St. Louis Cathedral and horse carriages on the street.   The French Quarter of New Orleans is pretty.   And we are having fun.   How about a snack now? 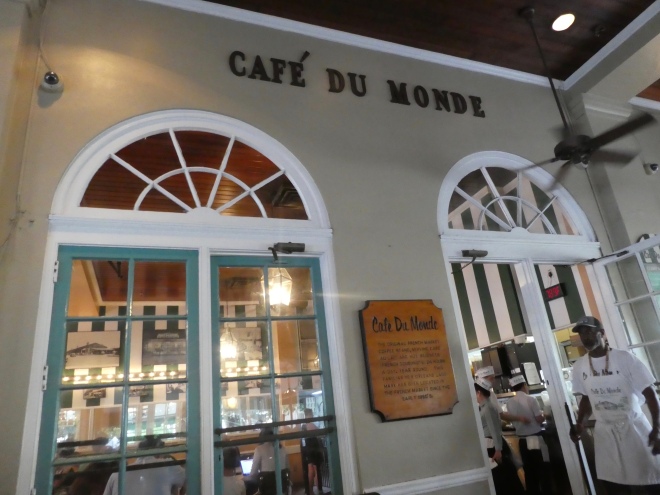 Cafe du Monde is famous in New Orleans.   This sign explains why. 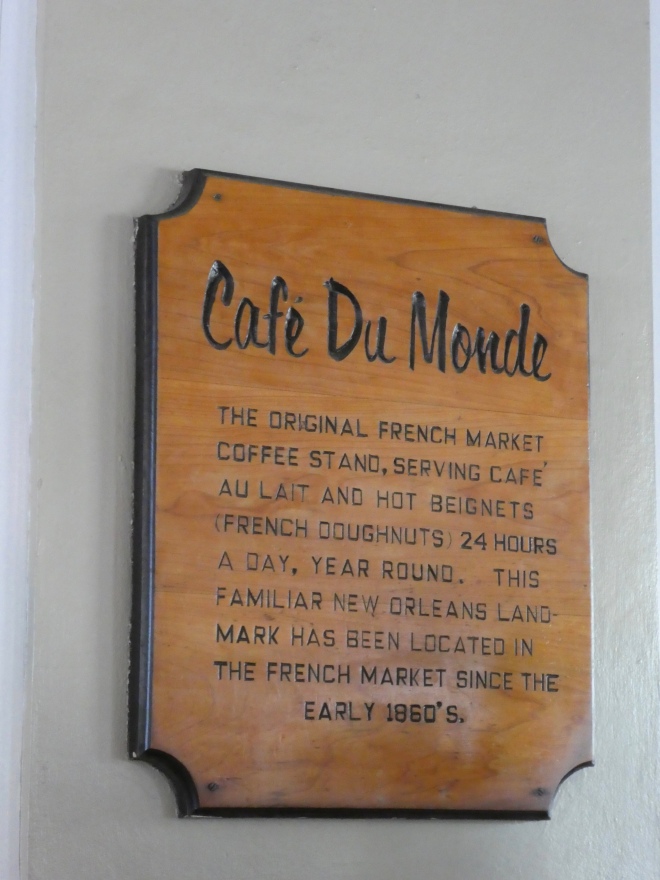 So, we order a plate of beignets.

When we told our friends we were coming to New Orleans, they all said be sure to come here for beignets.   So here we are.   There sure is a lot of powdered sugar on the beignets and all over the plate.   There were good, but mom thought they had too much powdered sugar.   Soapy’s mom thought they were great, just the way they came.    Leaving Cafe du Monde, we enjoyed the music and entertainers.

We went back to Washington Artillery Park for a better photo view.   New Orleans has music everywhere.   It is really nice here.