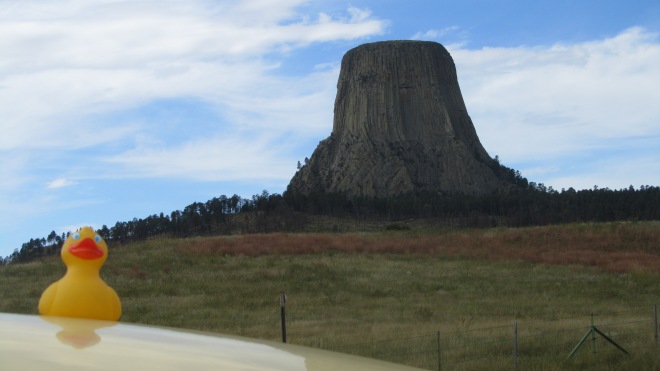 Yesterday I told you about our time there.  When we entered the national monument area, we were given literature from the national park service.

The national park service brochure says:  “Eight children were there at play, seven sisters and their brother.  Suddenly the boy was struck dumb; he trembled and began to run upon his hands and feet.   His fingers became claws, and his body was covered with fur.  Directly there was a bear where the boy had been. 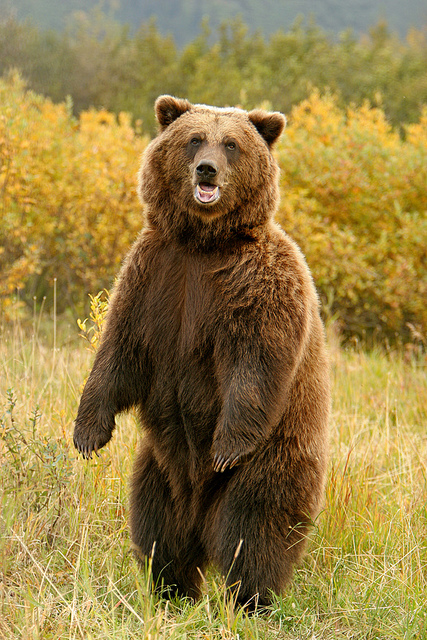 The sisters were terrified; they ran, and the bear after them.  They came to the stump of a great tree, and the tree spoke to them.  It bade them climb upon it, and as they did so it began to rise into the air.  The bear came to kill them, but they were just beyond its reach.  It reared against the tree and scored the bark all around with its claws. 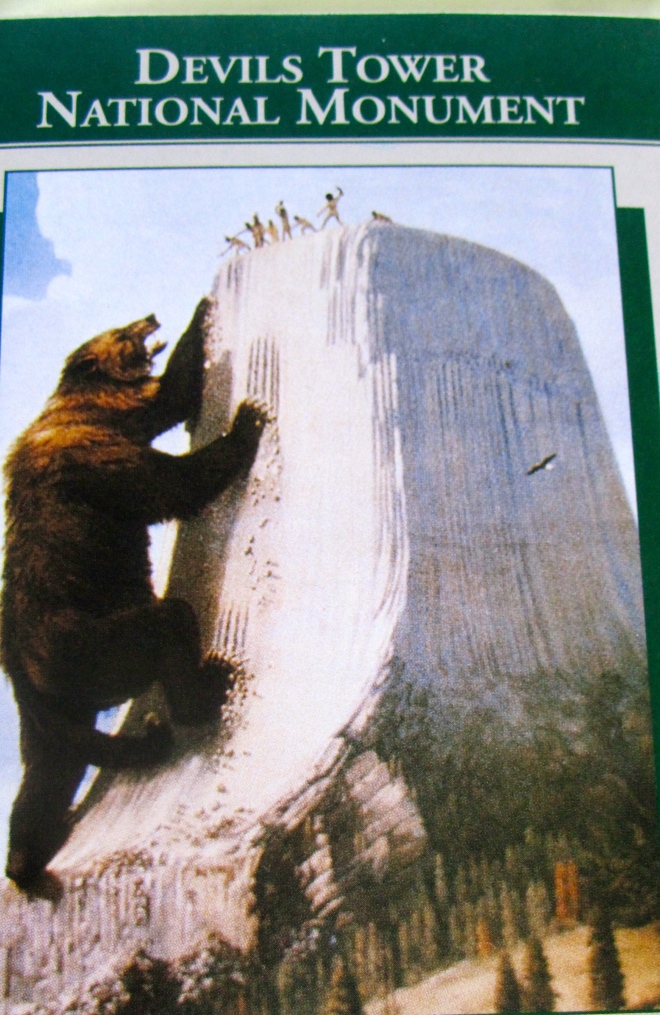 The seven sisters were borne into the sky, and they became the stars of the Big Dipper.” 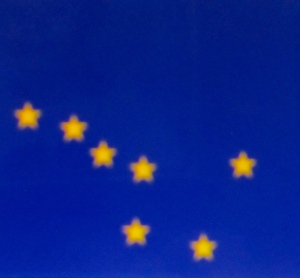 WOW!  I know I will remember this legend every time I see the Big Dipper or see a bear.  So, now you know why Devils Tower has those lines.  If only the geologists would agree.

Go to Devils Tower and experience the tranquility of the area.  You will love it there.