We are leaving the beautful Lake Kluane.

About an hour later we arrived at Haines Junction.

Passing through Haines Junction. With mandatory stop for gas

We stayed here on the way north.   This is really is a Junction.   You can drive to Haines, Alaska, a port city, or continue south on the Alaska Highway.  A rule of travel in the far north.   Never pass a gas station.   The next one may be closed or out of fuel.   So we stopped in Haines Junction for gas and fresh sodas. 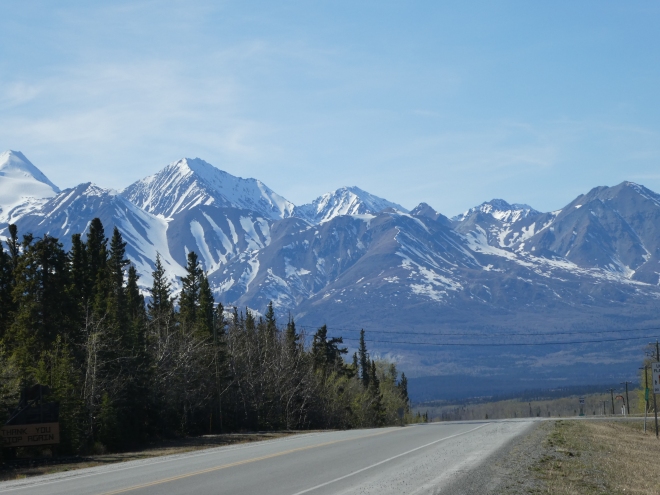 We are continuing south towards Whitehorse.   Arriving in Whitehorse, we walked along the Yukon River. 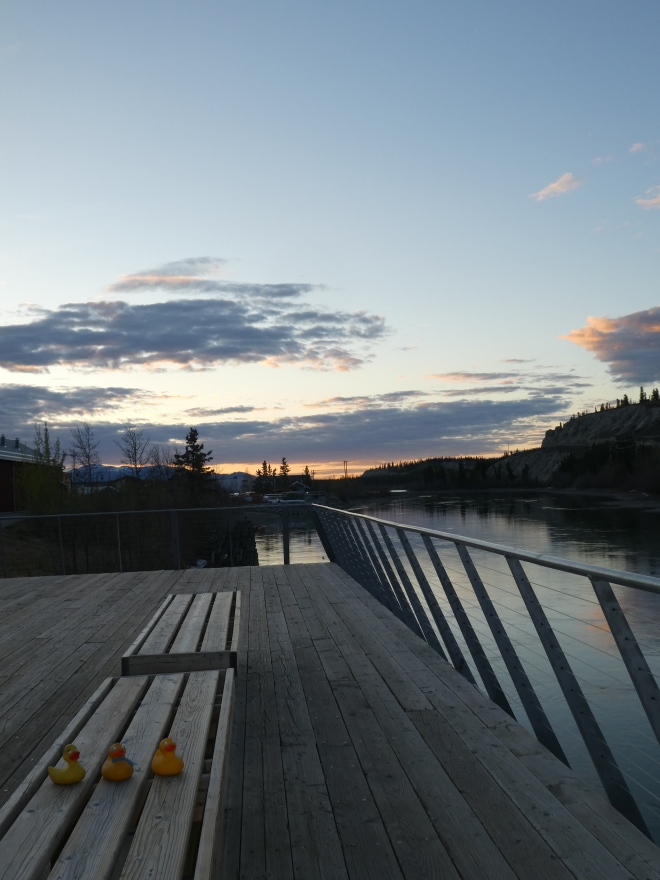 Evening on bench along Yukon River in Whitehorse

We appreciate the many benches along the river.

This totem pole downtown by the river, is such a wonderful reminder of the native Athabascan history.

These nearby stools are dediated to the Whitehorse Mission School, 1947-1960. 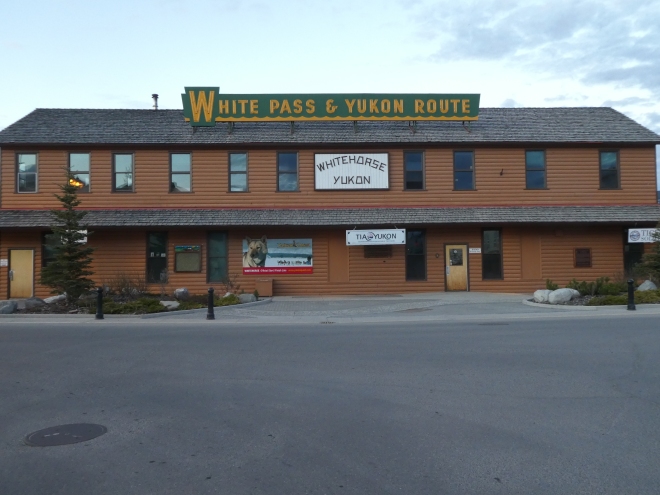 The White Pass and Yukon Route train station was the end of the train between Skagway, Alaska and Whitehorse during the gold rush of the late 1890’s.  The narrow gauge train stopped running in 1982.   When my mom was younger, she and Soapy’s mom, her daughter, flew from Fairbanks to Whitehorse and took that train to Skagway.   They say it was beautiful!

This Whitehorse train station is also the Official Start/Finish line for the Yukon Quest.   That is a 1,000 mile dog sled race between Whitehorse and Fairbanks.   The race takes place in February and alternates starting and finish destinations each year. 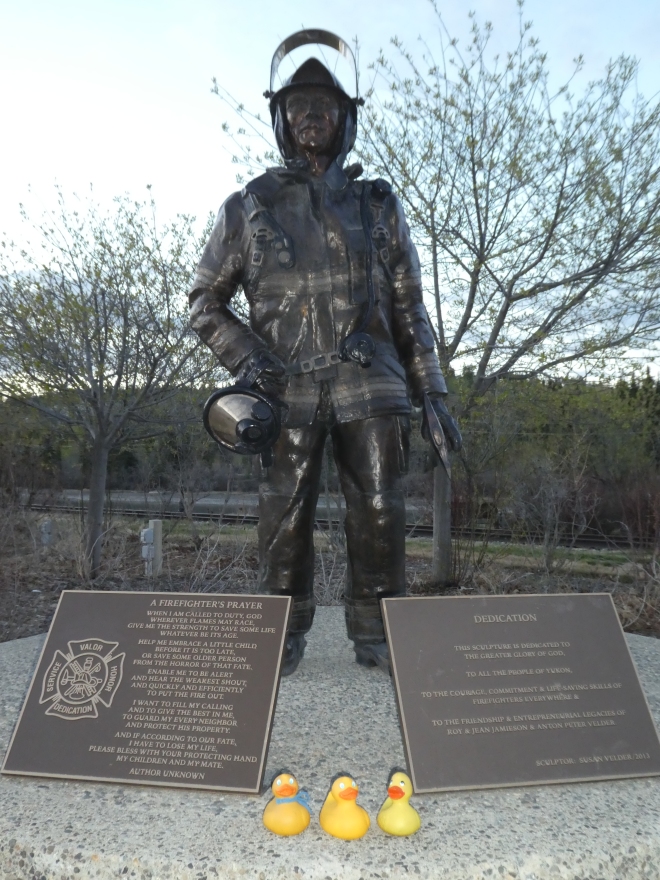 We liked this firefighter statue here in Whitehorse. 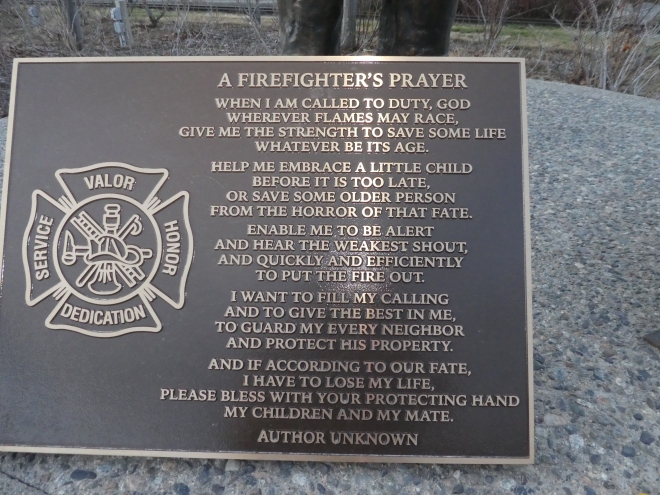 We enjoyed dinner at the Klondike Rib and Salmon restaurant.   This restaurant closes for the winter and just opened a couple days before we arrived.   Our moms ordered salmon and halibut.   Everything is delicious here.   Of course, desserts were ordered. 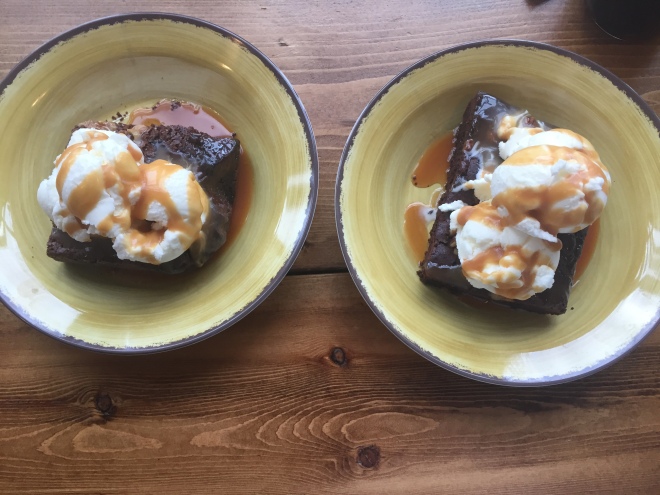 They each ordered brownie a la mode with caramel sauce.   These brownies are huge!  And so good.

In the morning we visited the Yukon Information Center.   We got information on a tour that is operating in May.   We will show you where we went next time.