Zeb and Eider Duck, with the humans, visited Shell Beach.   We have never seen anything like this before.   The beach is entirely made up of billions of tiny cockle shells layered up to ten meters deep.   The beach stretches for 120 kilometers.

Upon entering Shell Beach we started reading the information signs.

One of many signs at Shell Beach

The first one started “imagine living in a super-crowded super-salty soup”.   The Fragum Cockle does that.   There can be over 4,000 cockles living in one square meter of the very salty water.   The water in Hamelin Pool, which includes Shell Beach, is about twice as salty as normal ocean water.   The water here arrives from the ocean and the evaporation rate is so high, that a higher salt content results.

Sitting on shells by the edge of the salty water

Closer to the water, there are more loose shells.   You can see us sitting on the many shells. 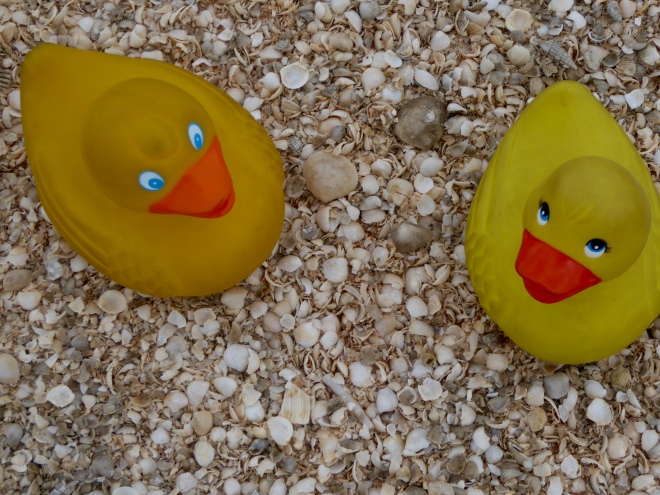 Further from the water, the Shell Beach has dips, looking like waves. 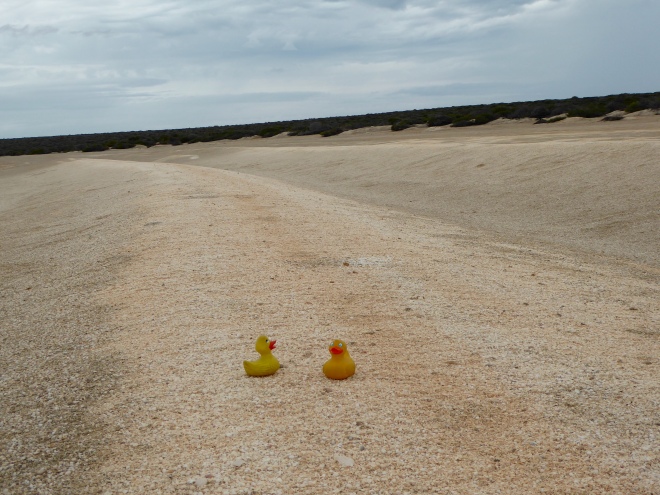 This beach is really made of shells. 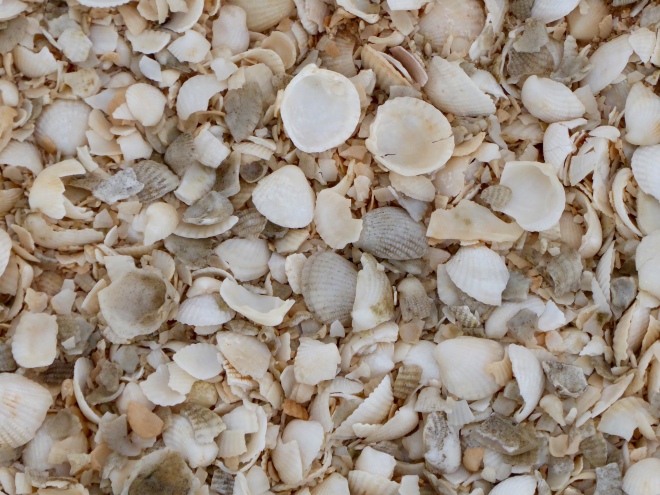 These shells can be made into building blocks 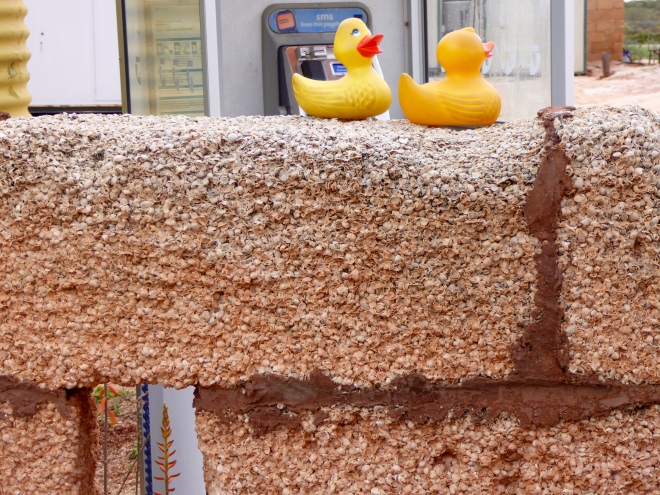 They can adhesive together and are very strong   Many buildings are made entirely or partly with shell blocks.   These are shell blocks.

You can see the individual shells that make up the blocks. 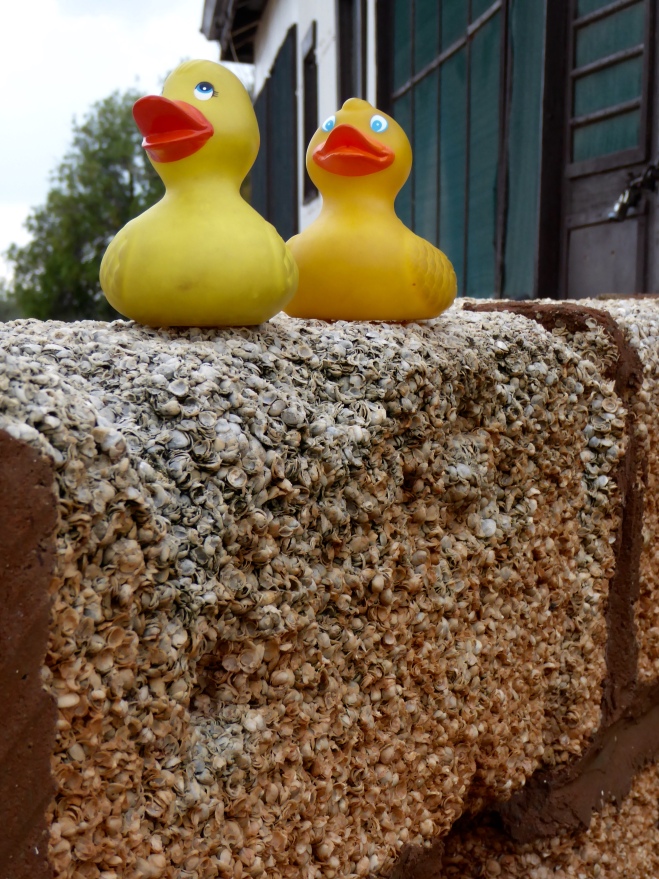 Shell blocks were the main building material for many of the homesteads.   Shell block is a wonderful insular.    Isn’t this a pretty beach? 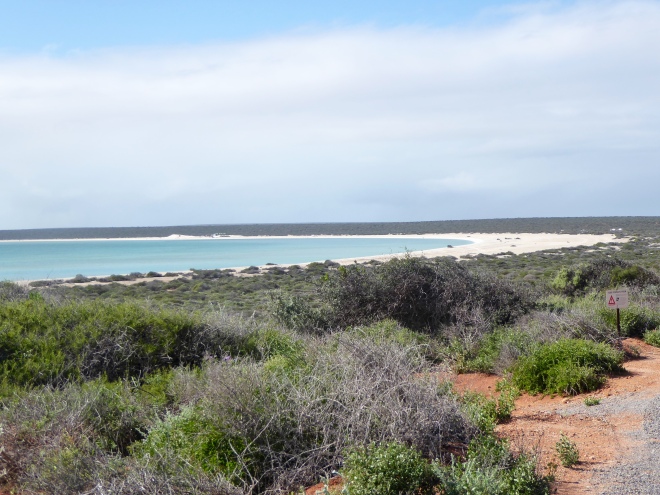 It is Shell Beach from a higher lookout point on the World Heritage Drive.   We liked Shell Beach, but for humans walking without shoes, the shells are rather sharp and cause some pain.