After one of our walks around Agra, India, we had a pleasant surprise when we returned to our room.   We opened our curtains and saw visitors on our window ledge.

Two friendly monkey on ledge outside our room

These two monkeys were grooming each other.   No surprise, the window has smudges on the outside.

He likes watching us?

One, the smaller monkey, left, while the larger stood up to look at us.

We ducks think he wants to come inside

Now sitting, is he asking to come in and visit with us?  Or does he know we have a Kit Kat candy bar in here?   Today our bus leaves Agra, heading for Jaipur, with a stop between.   As we go through Agra, we take some photos from the bus.   There is really no story here, just wanted you to see the variety of Agra. 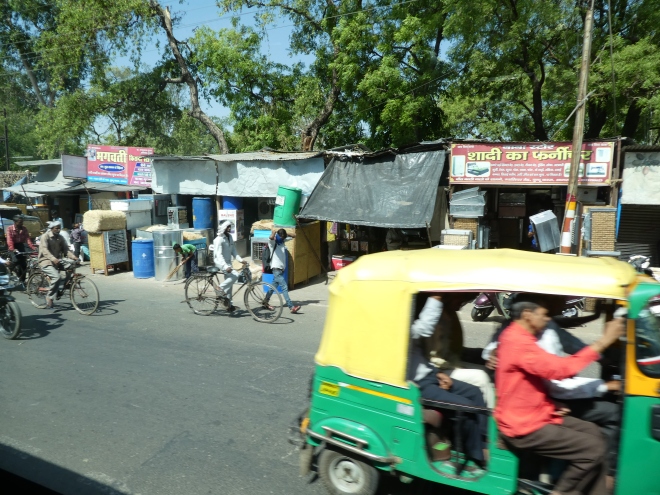 So many types of transportation.

Scenes from the streets of everyday life in Agra. 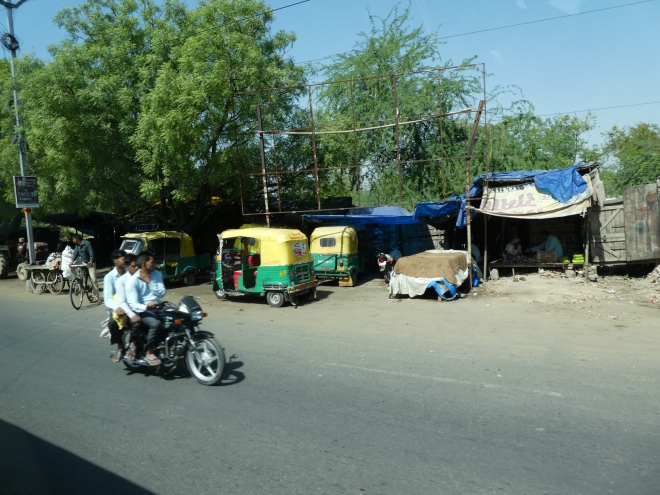 Three on a motorcycle in Agra

Riding is faster and easier than walking, so three on a motorcycle is logical. 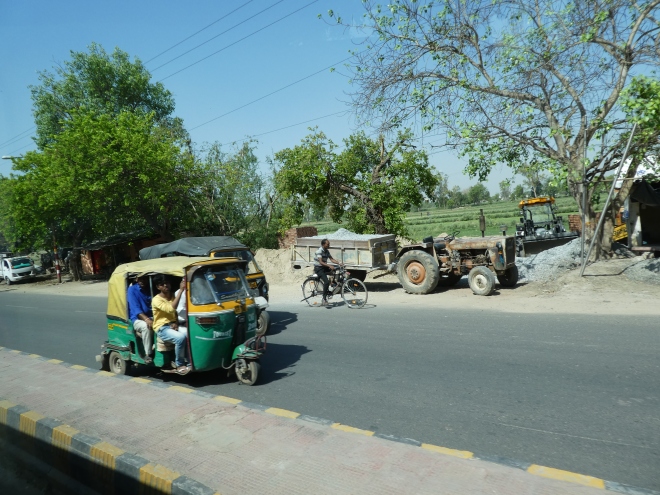 Tractor on street in Agra

Tractors are not just for the fields and farms.   When we entered Agra, from Delhi, we did see a few cows on the street, but not here.   Not today.   When mom was here in 2004, she said there were many more cows in the cities.

Much material for construction.

Horse can pull the cart. 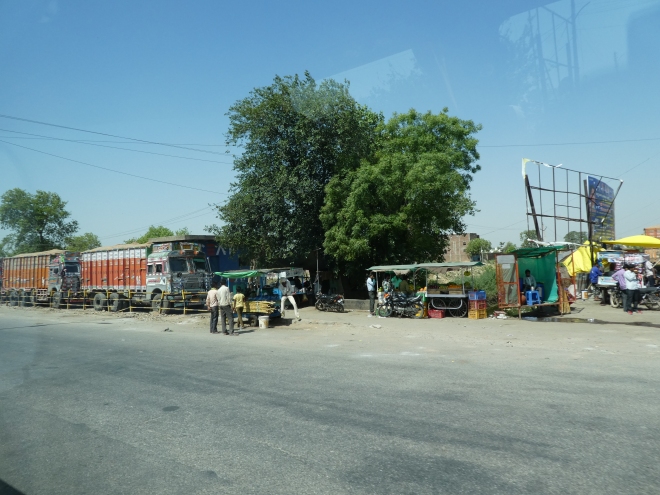 Jesse, our guide, says wheat and mustard are main crops, but this is not the growing season. Local market for local people.

Not a tourist market. 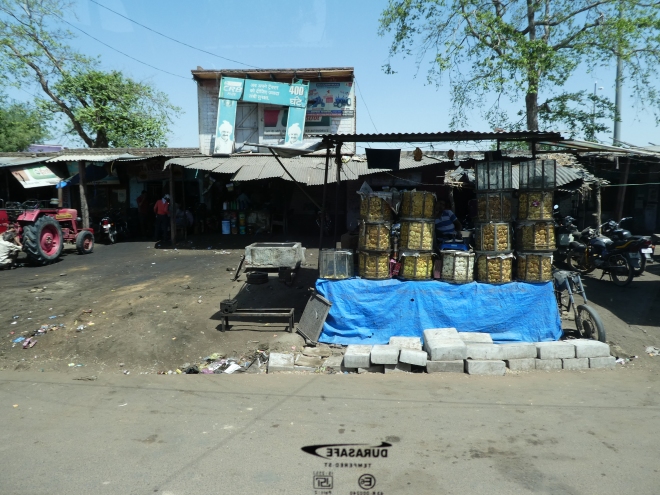 Local shopping. Not for tourists

We found these photos interesting and very different than street scenes in our city of Denver, Colorado.   We hope you saw something new here, also.

Here we are at India Gate.

This is a 42 meter high stone arch of triumph and is officially known as All Inda War Memorial.   This gate bears the names of 90,000 Indian Army soldiers that perished in World War I, the North-West Frontier war of the same time, and the 1919 Afghan war.   At several tourist places, we met people of all ages, working as professional photographers.   Here a photographer is directing Soapy Smith Duck’s mom how to pose for his photo.

We were only here for a short time, but this photographer arranged the poses, took the photos, and printed them before our tour bus left.   Very impressive.   This is his photo.

This is the photographer’s photo from a lower angel.   Is Soapy’s mom really as tall as India Gate?    Can she reach the top??   We did purchase these photos from the photographer.

There is a fountain to the side of India Gate.

Fountain and pool by India GateI

We love water, but you know that, we are ducks.   The reflecting pool at the side of the gate is nice.

Side view of India Gate with reflecting pool

As always we like water around monuments.  Of course, any photo is enhanced by including the Colorado Traveling Ducks.  Many residents of Delhi come here in the evenings.   Venders are here and the atmosphere is rather festive.   Leaving India gate, we rode past the Presidential Palace.

This is the official residence of India’s president.   The mansion has 4 floors and 340 rooms, in 200,000 square feet (19,000 square meters).   One billion bricks were used in the construction.  The Presidential Palace is also known as Rashtrapati Bhavan.     Nearby, is the Parliament  building. 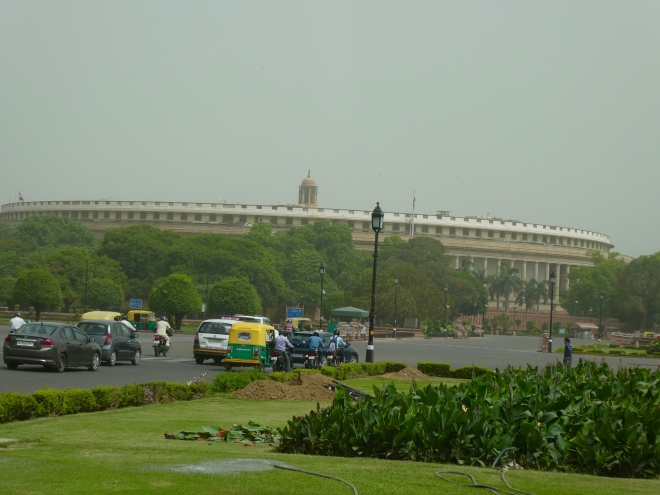 And another street scene.

This time, we did not see cows in the streets of Delhi, but we did see cows near the edges of Delhi.   Maybe the cows felt uncomfortable with so many people here now.   Next time we will show you a national hero of India.   We hope you will join us.