We want to drive in the canyon

Let’s go.   On a dirt road we followed the dried river bed. 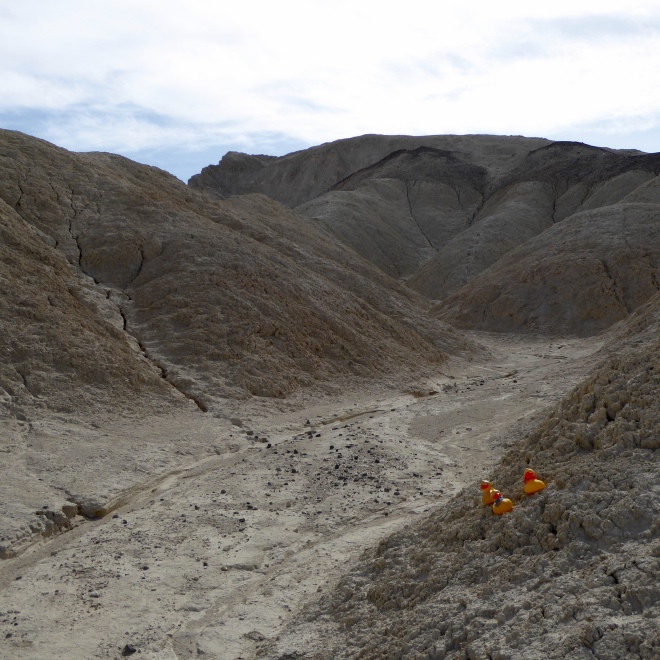 And, yes this is the road.

Let’s hope there is no sudden rain and flash flooding.   There was none.   Just beautiful sunny skies.   Even the mountains look dry. 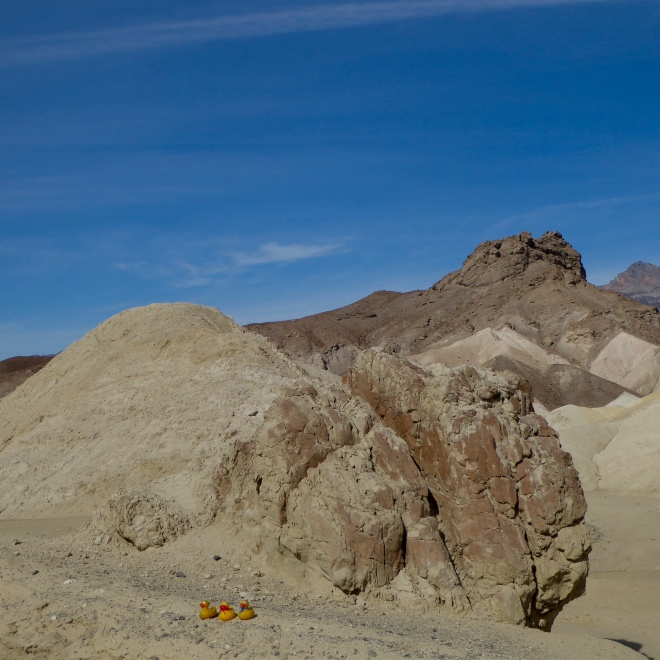 Remember, Death Valley usually only receives 2 inches of moisture annually.   And the summers are extremely hot.   This was a short 3 mile loop, but we loved it.   The desert mountain landscape fascinates us.   In this area of the park, these are typical rock formations.

Typically Death Vally scenery in this part of park

Next turn off for us is Zabriskie Point which overlooks what is referred to as the Badlands.

Within the lake bed are rich layers of Colemanite and Uluxite, minerals often referred to as Borax.   Strip mining was used until a 1976 law close the park to prospecting and gave the National Park Service more control over mining activity.   There is still some private mines in operation in the park, but no strip mining.   Pacific Coast Borax Company was a major mining company, but by the 1920s their mining activity had slowed.

The company turned to tourism by opening the elegant Furnace Creek Inn in 1927, with great success.    Christian B. Zabriskie was vice president and general manager of Pacific Coast Borax Company during the transition from mining to tourism.   This lookout, Zabriskie Point, is named for him.   Aren’t park information signs great?   Much of this landscape was formed by water and earthquakes.   However the black layer here is lava that oozed out onto the ancient lake bed.

Black lava on tops of mountains

Hot water followed the lava, bringing minerals such as borax, gypsum and calcite with it.   Isn’t geology fascinating?   We left the park for the evening, but we will return in the morning.   Driving into Death Valley Junction, we saw the Amargosa Opera House and Hotel.   This is now an historic building and cultural center.

Marta Becket was  professional dancer who danced at Radio City Music Hall and performed on Broadway in New York City.   A flat tire on a camping trip led her to Death Valley Junction where she fell in love with the theater.   She renovated it and renamed it Amargosa Opera House.   She remains in Death Valley Junction, performing until she officially retired in 2012.   She still lives there, and live performances are still performed at the Opera House. 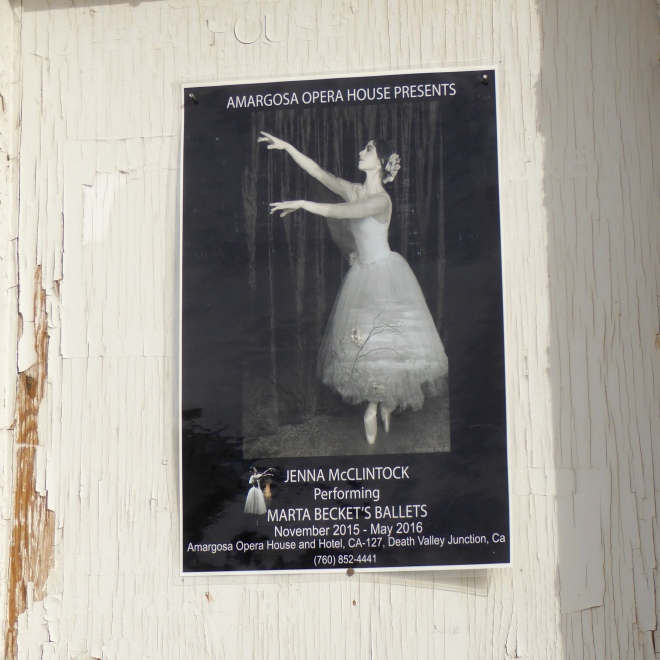 We thought the doors to the Amargosa Opera House were wonderful. 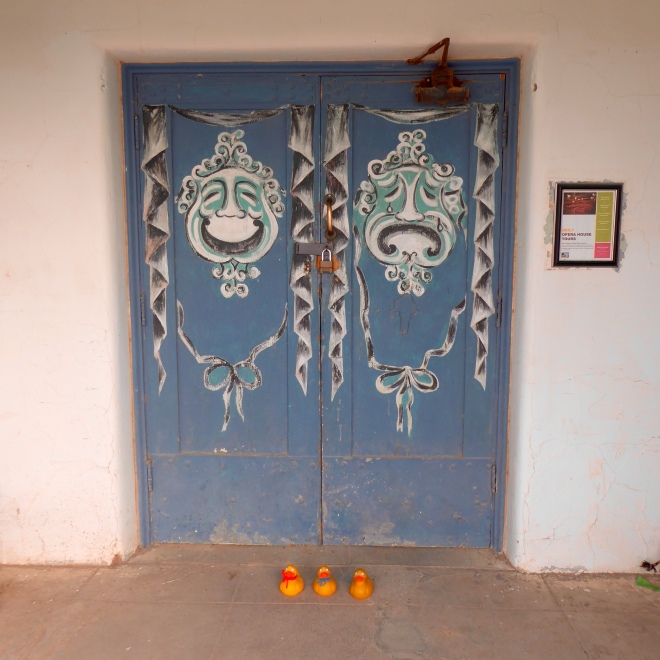 We spent the night at Tecopa, California.   There are many hot springs in the area and we enjoyed soaking in the hot water.    The ground is white from minerals. 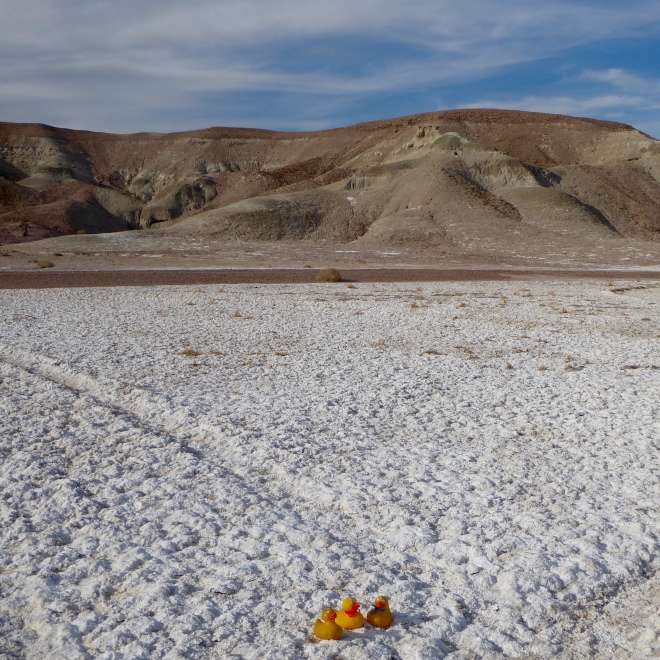 There is a variety of minerals, but salt is in there also.    Yes, mom tasted it.   We liked this wagon in Tecopa.

The evening sky was so clear, we saw thousands of brilliant stars.   We are enjoying our time in the desert.