As humans say, “Back in the day”, Route 66 was the a highway in the United States.   What does that mean?   When automobiles were new, no super highways existed, and Americans wanted to take road trips, Route 66 was the answer.   Route 66 went from Chicago, Illinois to Santa Monica (Los Angeles) California.   Now, with interstate highways of 4 of more lanes, and bypassing many towns, Route 66 doesn’t have as much traffic, but it does hold fond, happy memories for so many Americans.   Leaving Arizona on Route 66, we entered the state of California.

A few hours later, driving through the desert, we approached the now ghost town of Amboy, California.

This is one of two lions designated as Guardian Lions of Route 66.

Guardian lion of Route 66 with Zeb and Soapy

The side view of the guardian lion is nice, but Zeb and Soapy really add to the photo.    A few miles further and we are at Roy’s Cafe and Motel.

The sign is the tallest thing for miles in the desert.   Roy’s opened in the 1930’s and had its golden age in the 50’s and 60’s.   Driving near Amboy, the humans were reading Roadside America, learning about unusual roadside attractions.   There was a shoe tree near the guardian lions, but in 2010 the tree fell over.   Still a few shoes, but now a tree near Roy’s has shoes. 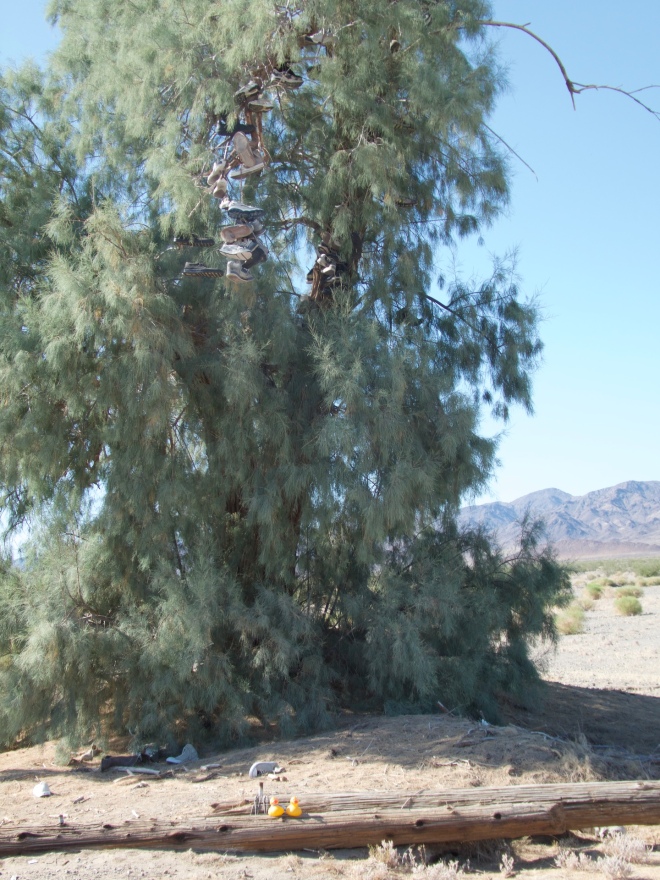 We are ducks, but we don’t really understand why humans put their shoes in a tree.   But, our moms thought it was a great thing to see.   There are even more shoes on the ground. 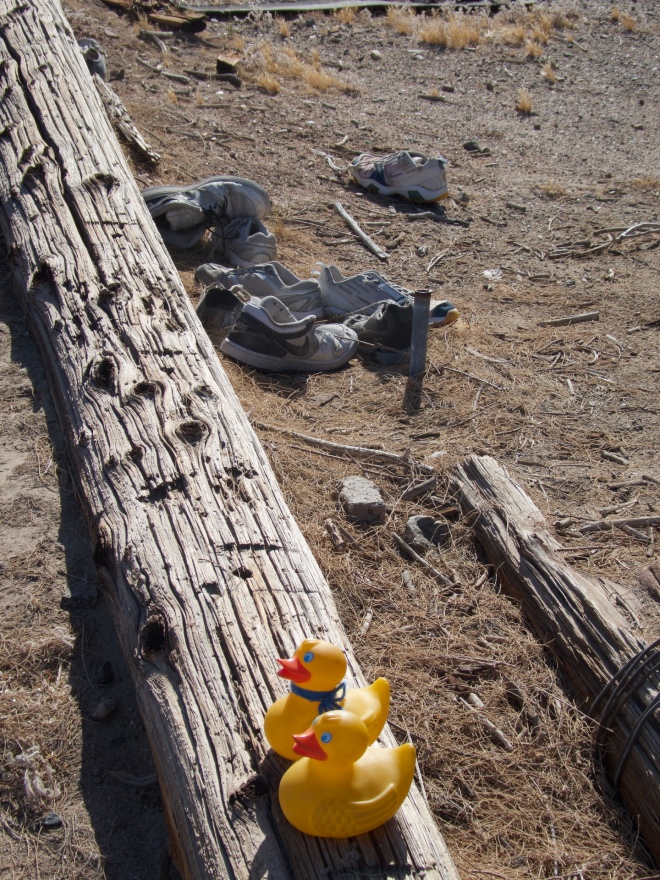 Guess it is not so easy to throw them into the tree.   Next we examined the trash pole.

Again, it must be a human thing.   But better to put trash on the pole than throw it on the ground.   We will never tell our moms, but it was rather fun to see this stuff.   I think Soapy’s mom put one of her business cards there with many other business cards.   Next stop was Amboy Crater. 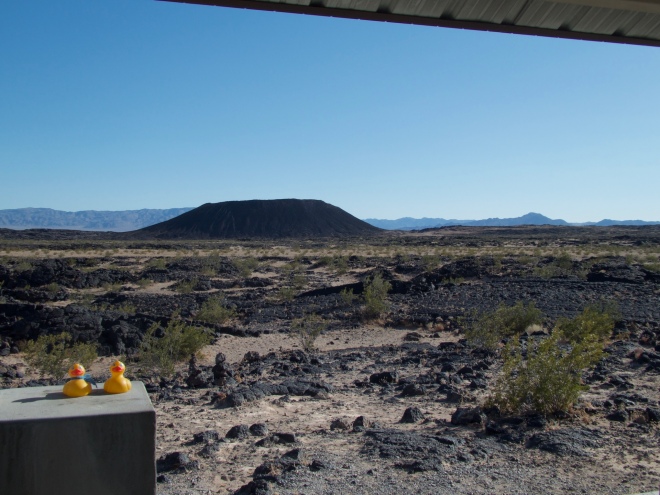 This is a natural crater, and designated as a National Natural Landmark, by the United States government.   It is 250 feet high and 1,500 feet in diameter.  This is one of the youngest volcanic fields in the United States.   This crater is located in the Barstow-Bristol trough.   The crater straddles the boundary of the Mojave and Sonoran tectonic blocks.   The most recent eruption was 10,000 years ago.   Now, to the salt mines. 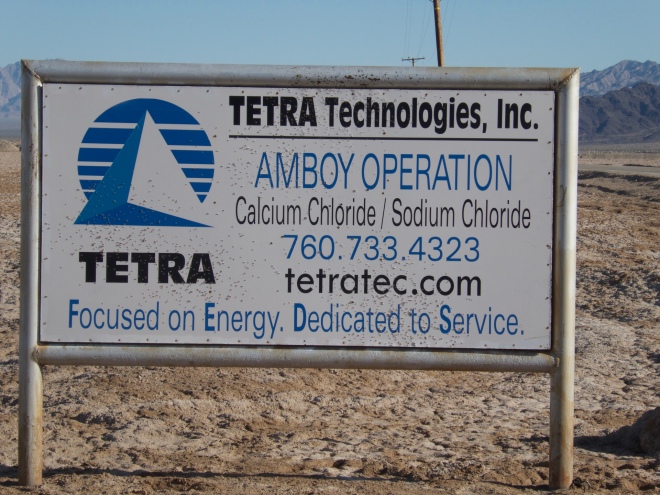 This area crosses Bristol Dry Lake and is the site of two large active salt mines. 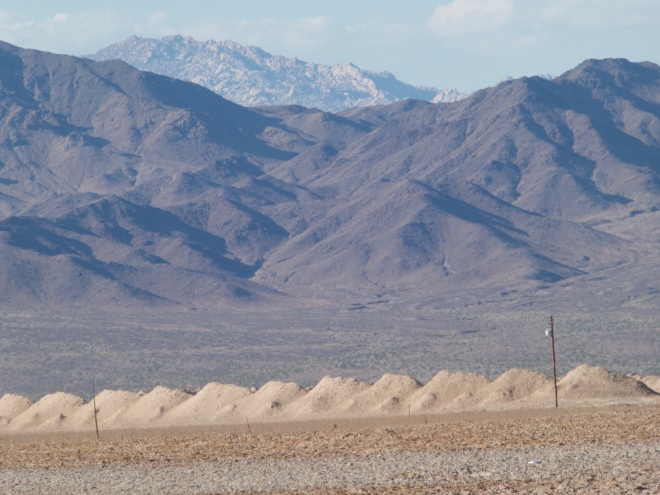 Salt mines. Pyramids in front of salt from mine.

The row of pyramids in the foreground gets the attention on http://www.RoadsideAmerica.com.   These salt mines produce much of the sodium and sodium chloride used in high school chemistry classes.   Driving through the desert is fun, but I don’t think I would like to be here in summer with extremely high temperatures.   Amboy, California is south of the Mojave National Preserve and north of Joshua Tree National Park.  If you are traveling on Route 66 through the desert, we hope you will stop to see some unusual things, also.   Next time we will show you some unusual things in Baker, California, still in the desert.   It really is out of this world.