My friend, Channel the Bear, sent photos to me, Zeb the Duck.   Channel and her mom just returned from a couple weeks in Cuba.   Havana, Cuba has great statues.   Here Channel found a friendly arm for a temporary resting place. 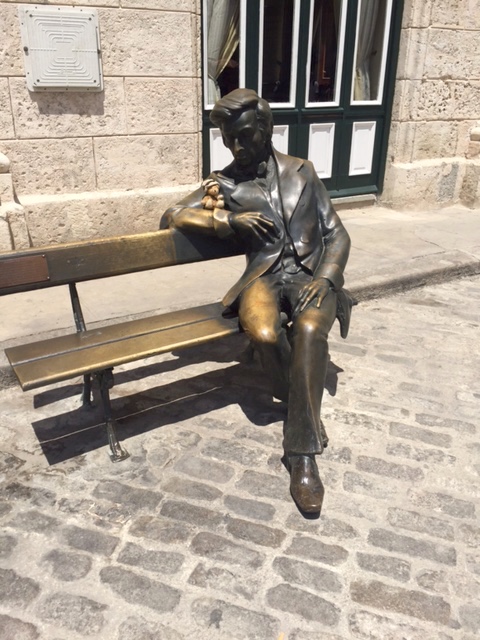 The shiny leg indicates that others also found this statue to be a good stopping place.   This statue makes us all smile. 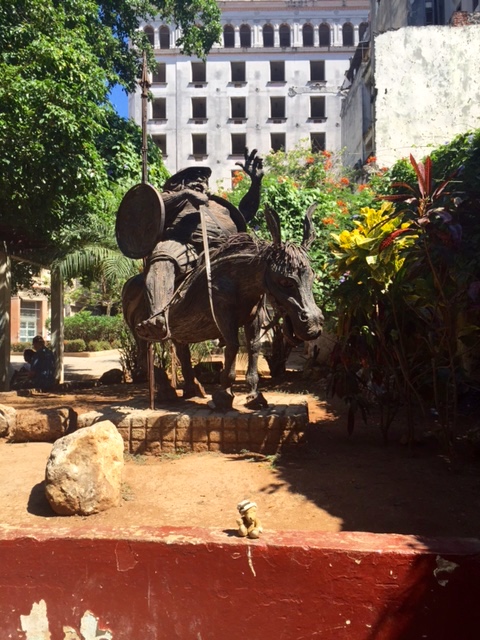 This is Sancho Panza from the famous story of Don Quixote.   We like this statue and Channel just makes the photos great.   Here my friend, Channel, is sitting on a window ledge. 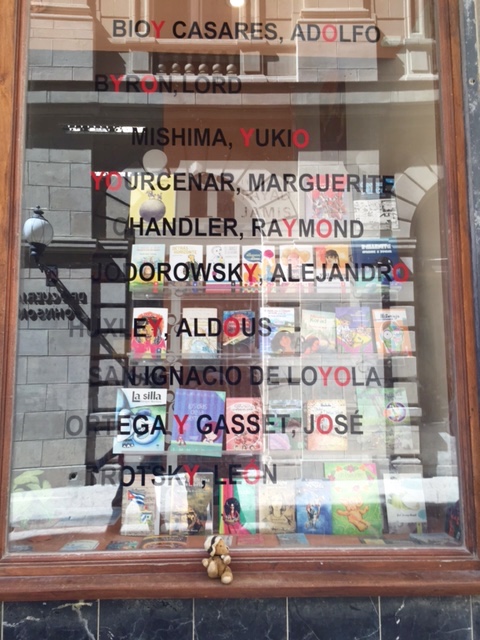 She looks so Cuban.   We love it.   After a day of exploring Old Havana, humans and bears get hungry and thirsty.   Channel and her mom are in El Floridita, one of Havana’s historic and favorite restaurants. 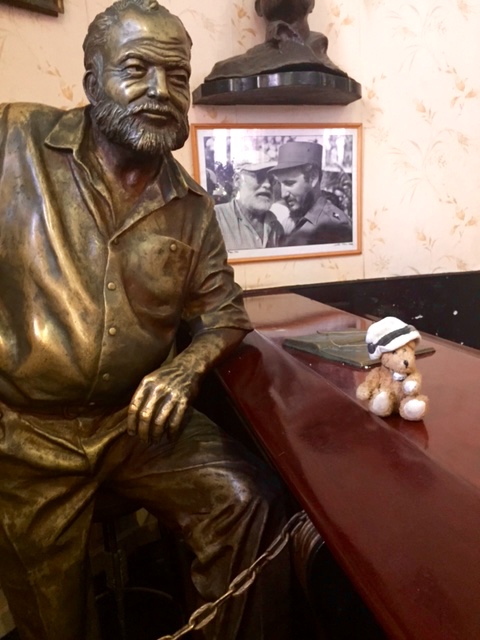 Channel with statue of Ernest Hemingway in El Floridita in Havana

This restaurant first opened in 1817.   In 1914 Constantino Ribalaigua Vert began working here.   By 1918 he was the owner.   But most important, in the early 1930s, as a bartender, he is credited with inventing the frozen daiquiri.   Channel, I hope you and your mom tried one of these famous beverages.   My mom tells me they are really tasty and refreshing.    But humans should not have too many of them at one time.   When Ernest Hemingway was in Cuba, this restaurant was a favorite hangout of his.   Maybe he came here just to see Channel?  Thanks for the photos, Channel.   They remind us of the great time we had in Cuba with you a few years ago.   We think it is great that your mom is a tour director and you go there often.   Thanks Channel.