This hotel, Hotel Nacional de Cuba, is in the Vedado district of Havana.  The hotel is on the north coast of Cuba, overlooking the Malecon and the Caribbean Sea.  Havana is 90 miles south of Key West, Florida.  I, Zeb the Duck, am reminding you of these facts, to partially explain the small museum here and the historical importance.  In October 1962 the Cold War between the Soviet Union and the United States reached what is often considered the worst moment. 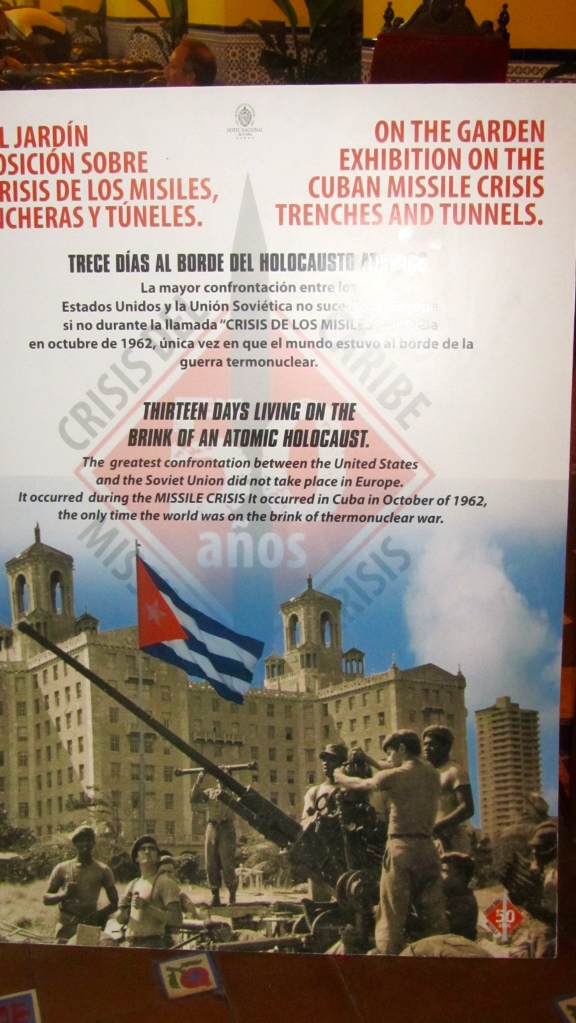 This is part of what I saw in the lawn of my hotel.

The Cueva Taganana is the underground bunker on the grounds of the Hotel National de Cuba.

Our last morning at the hotel, the cave was open while sweeping out excess rain.  The gentleman said we could go inside.

Inside Cueva Taganana. Map and posters

This is serious stuff.  Even ducks know this.   This Cueva Taganana is now a museum and here is another reminder of past trouble between Cuba and the United States.

Near the underground bunker

This cave has been an important symbol to Cuba since the 16th century when it served as a refuge for an Indian named Taganana.  The cave has been changed to tunnels for the defense of Havana.  In 1885 15 cannons were placed on the grounds as part of a Spanish artillery regiment.  This is a big cannon!

Wow! This is big especially for a small duck 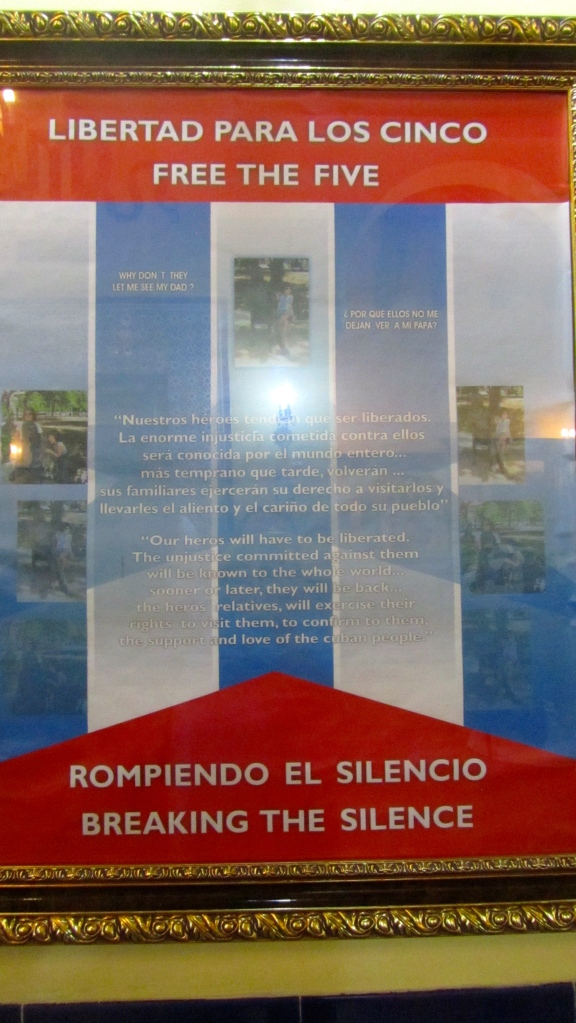 Still tension between the United States and Cuba

Our hotel is near the Hotel Havana Libre.

This was a new Hilton hotel but in 1959 it was taken over by Fidel Castro, nine months after opening.  Fidel Castro renamed the hotel and ruled Cuba from the 24th floor for a few months.

There has been many problems between the United States and Cuba and several still exist.  Ducks don’t best involved in politics, but the people I met in Cuba were very nice to me and I was very nice to them.  The people and ducks can get along; maybe the governments will one day.

Let’s all sit down and talk about peaceful relations

The hotel offers tours of the hotel and grounds daily.  We were on other tours during the scheduled time, but I would recommend taking the tour of Hotel Nacional de Cuba if you have the time.  This is a fascinating place and the amount of history is astonishing.